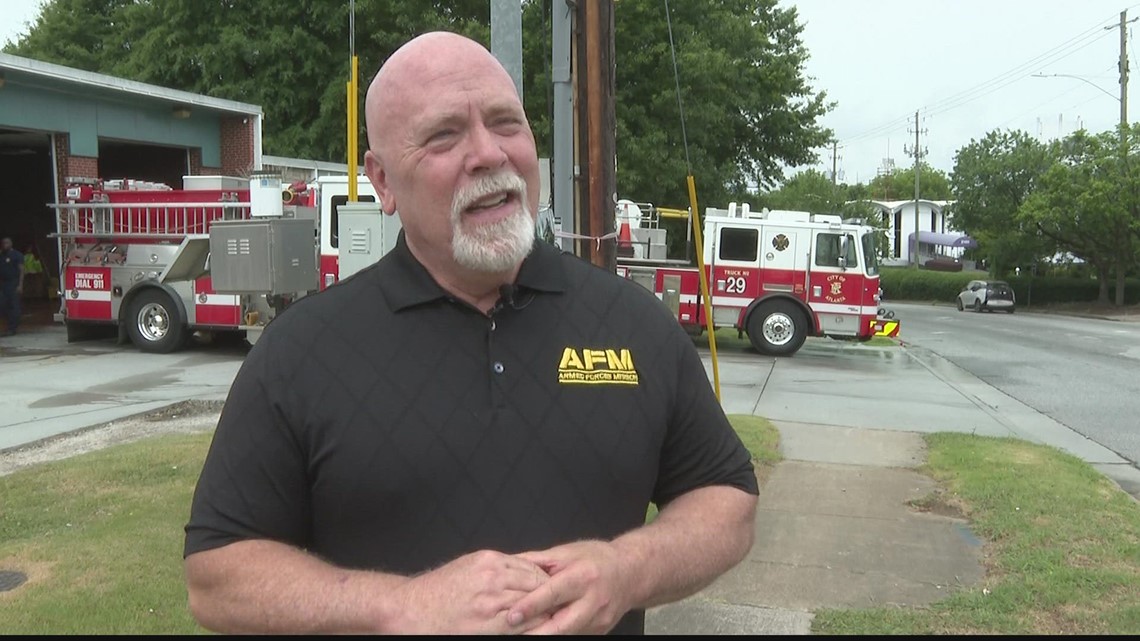 The program has trained 23,000 people so far, but needs donations to stay open.

ATLANTA — An armed forces veteran is on a mission to save his nonprofit after the pandemic hit them hard.

The Armed Forces Mission helps soldiers who are contemplating suicide. Kenneth Lou Koon started the organization because he went through the same hardships.

Koon said the mission started with a question that no one but his 19-year-old son had ever asked him.

“And it’s, ‘Dad, are you thinking about suicide?'” he said. “So we’re just trying to pay it forward, because there are a lot of people who are where I was.”

In armed forces missions, first responders, churches, and anyone willing to learn are trained in how to respond to a crisis.

He says the pandemic has only increased demand.

“We’re two years into COVID, and we’re seeing an exponentially higher suicide rate than ever before,” he said.

What Koon hasn’t seen — an increase in donations — and he’s said now — the nonprofit is struggling.

All of the nonprofits were struggling financially at the height of the pandemic, but for Koon, his mission was too important to abandon.

The last first responders he trained used it just hours after the course ended.

“Peachtree City paramedics texted me; we did an intervention, we did it right, it was almost word for word. And now the young woman is safe.” , did he declare.

Even though Koon constantly worries about his nonprofit shutting down, he said he will always be there to help.

“I can’t stop what I’m doing,” he said. “There’s no way. I could be working in a department store somewhere, asking people if they’re suicidal because 1 in 10 people will be. So I’ll always do what I do.”

In the ten years since he started The Armed Forces Mission – they have trained 23,000 people – Koon has personally performed 1,700 suicide interventions.