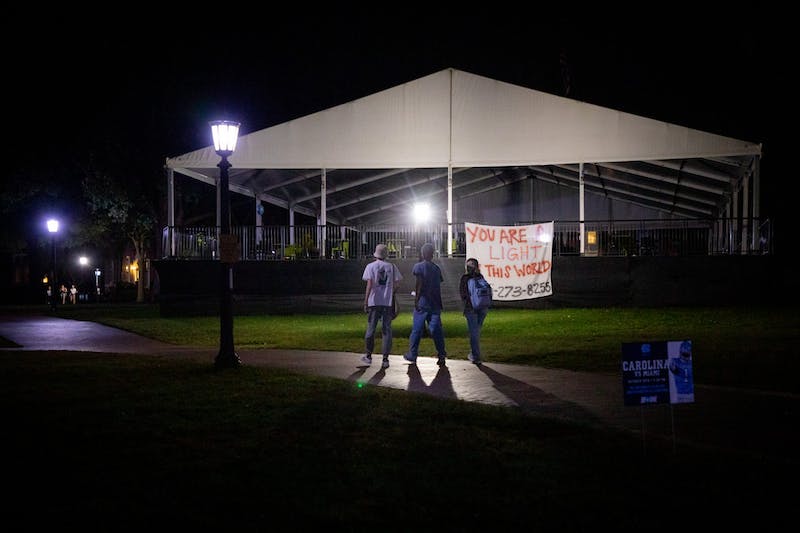 Led by Dr. Patrick Sullivan and Dr. Samantha Meltzer-Brody, the UNC Suicide Prevention Institute is a new addition to the UNC campus, with the goal of reducing “patient morbidity and mortality from suicide” at the inside and outside the UNC Health Care system.

The institute, housed within the School of Medicine’s Department of Psychiatry, was funded by a $25 million gift from William and Dana Starling.

The institute comes to the University during what Meltzer-Brody described as “a public health crisis of suicide.” In North Carolina, suicide is the second leading cause of death among 10- to 18-year-olds and the third-leading cause of death among 19- to 34-year-olds, according to data from the North Carolina Department of Health and Human Services’ 2022 Suicide Prevention. Action plan.

The UNC campus saw this firsthand after several student deaths in the fall of 2021 — events that Sullivan, the institute’s director, said he considered during his creation process.

“Sam and I had a lot of conversations about what happened last year and obviously it’s just huge tragedies,” Sullivan said. “And again, this is a warning signal. And there’s a lot of things we need to do to try to break that. And that’s a big part of what the institute that we’re forming has to do.

William Starling – a graduate of UNC in 1975 – and Dana Starling lost their two sons, Tyler and Gregory, to suicide. They made a donation to the University in honor of their sons.

“Both of our children are gone, and it’s important to recognize their wonderful, short lives,” William Starling said in a statement. “I don’t know what else to do but to help other families who may have difficulty with their own children later on. We want to recognize our children, and this is a special way of doing it.

Sullivan said the discussion about how to use the gift started about six months ago, and during those conversations he got to know the Starlings better. After talking with the family, Sullivan and Meltzer-Brody began to put together a detailed proposal.

The structure of the Institute is threefold, according to Sullivan. First, he said the Institute will work with patients who have attempted suicide.

Second, the institute will focus on detection and prevention, particularly in adolescents and young adults, Sullivan said. Finally, the Institute will promote the development of research.

“I think one of the things that has been really, really difficult is that the mental health profession hasn’t been able to date to very accurately predict who is at risk or to intervene from way to change the trajectory that we have seen associated with increased prevalence of suicide,” Meltzer-Brody said. “And you have to do things differently.”

Meltzer-Brody said she wants the Institute to develop ways to intervene within UNC’s health care system. Using electronic medical records, Meltzer-Brody hopes to build a system that identifies patients having suicidal thoughts or attempts, to ensure they are referred to care and followed up in care.

Navigating the healthcare system can be difficult, and people are often not followed up appropriately, Meltzer-Brody said. She hopes the Starlings’ donation will provide additional resources for patients, offering a higher level of support and ensuring better outcomes.

“My vision is that we are able to have a very rapid impact on the development of a clinical care delivery system that allows us to be very effective in identifying those at risk and to really change the trajectory of the disease. how they get care,” Meltzer-Brody said. “Those are things hopefully we can do a lot quicker.”

She said this opportunity represents the important partnership between the University, the School of Medicine, the Department of Psychiatry and UNC Health Care – a partnership through which the Institute will be able to have maximum impact.

To get the day’s news and headlines delivered to your inbox every morning, sign up for our email newsletters.