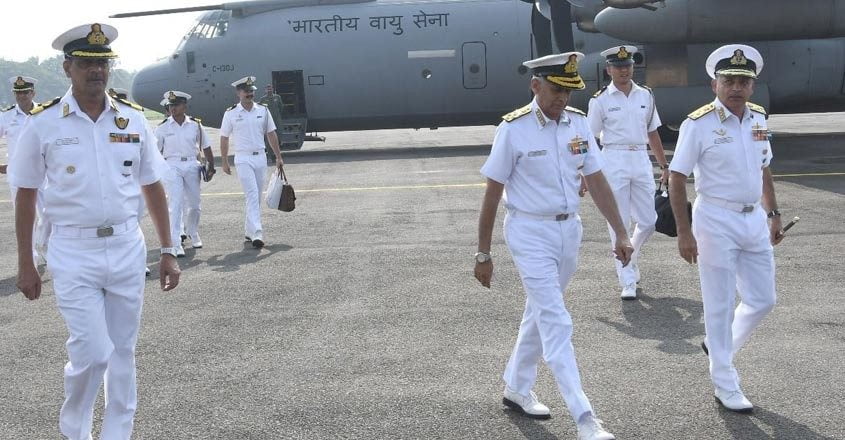 The Indian Navy has introduced a new suicide prevention policy

According to information communicated to Parliament by the Ministry of Defense on Tuesday July 19, the Indian Navy has put in place a policy to deal with the problem of suicides among the military.

According to the Ministry of Defense, a comprehensive strategy was established on April 12 to prevent suicides among serving navy personnel.

The plan is called IN-SMART, or Indian Navy Strategy for Mental Health Assistance Resilience and Training. At INHS Asvini, the Indian Navy’s flagship hospital, a free suicide hotline is offered to employees only.

At major naval bases, the Department of Psychiatry also offers psychological counseling. In addition to the designated psychiatrist, clinical psychologists and counselors are employed for this purpose, according to the Ministry of Defense.

The number of suspected suicides in the armed forces over the past five years has been revealed by the Ministry of Defence.

According to the department, there is no unified repository for government data on veteran suicides.

“The armed forces regularly develop strategies to improve anti-stress methods for the management of stress and suicides in the services. Since 2009, a complex mental health wellness program has been developed, according to the Department of Defense.

The Ministry of Defense said there are many systems in place to monitor and identify members of the armed forces who have psychological problems, such as depression and suicidal thoughts.

The Director General of Armed Forces Medical Services has issued Comprehensive Recommendations for the Mental Assessment, Diagnosis, Treatment and Disposal of Service Members and Their Families Suffering from Psychiatric Illnesses (DGAFMS).

According to the protocol, unit commanders, regimental doctors and subordinate leaders identify and advise employees who are at high risk of stress. The regiment’s medical officers interview, counsel and inspect each member returning to a unit after leave of absence. According to the government, motivational speeches are given to everyone and stress markers and stress warning signals are observed.