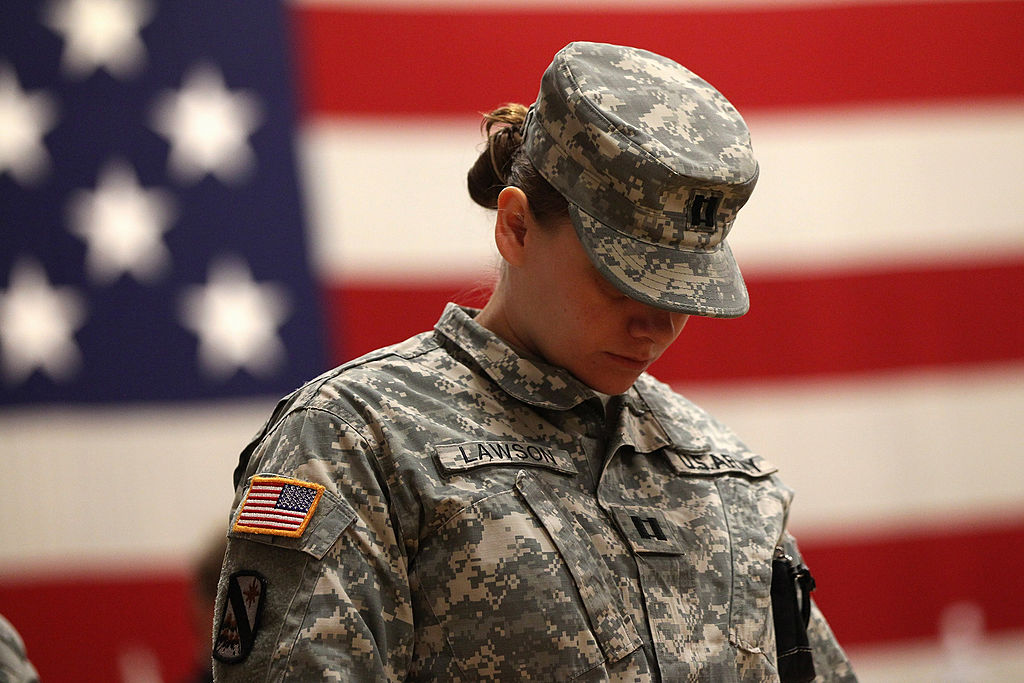 Ahead of Memorial Day, the U.S. Department of Veterans Affairs launched the Mission Daybreak Challenge: a $20 million competition and accelerator program to drive innovation to reduce suicide deaths among veterans.

“To end veteran suicide, we must use every tool available,” VA Secretary Denis McDonough said in a statement Wednesday announcing the new initiative. “In the latest annual National Report on Veteran Suicide Prevention, more than 45,000 American adults died by suicide, including 6,261 veterans. That’s why Mission Daybreak encourages solutions across a wide range of focus areas to combat this preventable problem.

For Phase 1 of the Mission Daybreak Challenge, the AV invites organizations and individuals to submit concept papers by July 8 showcasing innovative ideas to reduce veteran suicide. The VA will select 30 finalists from the Phase 1 entries to each receive $250,000 and advance to Phase 2. Another 10 teams will receive a $100,000 “Promise Award.”

Dr. Matthew Miller, executive director of VA Suicide Prevention, said presentations could look at ways to incorporate artificial intelligence into service for veterans through crisis hotlines, such as as the 9-8-8 National Suicide Prevention Lifeline which will go live this summer. Applications could also consider using machine learning to better understand the factors that put veterans at higher risk of suicide, Miller said, or address gun safety, since guns are used. in 70% of veteran suicides.

“Individuals, entities, veterans, businesses, technology, academics, can look at these areas and say, ‘We have ideas. We have ways to do that,” Miller said at a Wednesday news conference streamed live on YouTube. “And they can start developing and submitting concepts.”

Those interested in participating in Mission Daybreak can sign up to learn more during a virtual information session on June 7.

One of the judges listed on the Mission Daybreak website has a connection to Colorado: Dr. Lisa Brenner, director of the Department of Veterans Affairs’ Rocky Mountain Mental Illness Research, Education, and Clinical Center, known as MIRECC . Brenner is a professor of physical and rehabilitation medicine, psychiatry, and neurology at the University of Colorado’s Anschutz Medical Campus.

Colorado faces particular challenges with veteran suicide. According to a VA fact sheet, the state’s veteran suicide rate was significantly higher than the national average in 2019. In 2019, Colorado had a suicide rate of 43.1 deaths per 100,000 veterans.

From 2018 to 2019, the national veteran suicide rate decreased by 7.2% when accounting for population age and gender changes, according to the VA’s latest annual report on veteran suicide prevention. . The U.S. Department of Veterans Affairs called the drop “unprecedented in the past 20 years.” But the suicide rate among Colorado veterans has remained stable from 2018 to 2019.

In 2019 — the last year for which national data is available — 170 Colorado veterans died by suicide, according to the VA.

The Colorado Department of Public Health and Environment recorded higher numbers: 221 veteran deaths in 2019 and 205 deaths in 2020.

The reason for the discrepancy is unclear, but the state uses a different methodology than the VA to count veteran suicides. CDPHE determines veteran status through a question on the death certificate, answered by the next of kin of the deceased person, which asks if the person has ever served in the United States Armed Forces. The VA’s Office of Mental Health and Suicide Prevention uses data from the Veterans Health Administration, Department of Defense personnel records, and other sources, and combines it with Centers for Disease death certificates. Control and Prevention. Regardless of the agency records used, Colorado’s veteran suicide rate is unquestionably high.

Last year, state lawmakers attempted to address the issue with Senate Bill 21-129, which established a four-year pilot program in El Paso County for the prevention of suicide of veterans. The bill was sponsored by two veterans: then-Senate Speaker Leroy Garcia, a Pueblo Democrat who resigned from the Legislature to take up a post at the Pentagon; and Representative David Ortiz, a Democrat from Littleton. Governor Jared Polis signed it into law last June.

The suicide prevention program is still not operational. A contract executed on May 23 of this year gave UCHealth the authority to manage it, according to state Behavioral Health Administration spokeswoman Stefany Busch.

“They have started working on the marketing plan and will soon be able to start seeing veterans and their families,” Busch said in an email. “The program focuses on accessing resources and mitigating issues related to social determinants of health that can impact suicidality; offering therapy, community connection, crisis planning and case management.

The social determinants of health include environmental conditions such as economic stability, access to education and air quality, which can make people more or less vulnerable to certain mental and physical illnesses.

Home to a concentration of military installations, El Paso County lost 249 veterans to suicide from 2016 to 2020, more than any other county in the state.

A similar version of the bill passed the House of Representatives in March with “yes” votes from Democratic US Representatives from Colorado. Jason Crow, Diana DeGette, Joe Neguse and Ed Perlmutter. Republican U.S. Representatives Lauren Boebert, Ken Buck and Doug Lamborn voted “no”. The Senate has yet to vote on the bill.

“I know there is more work to do before this bill becomes law, but if it does, it would be a monumental day for veterans, their families, caregivers and survivors,” said McDonough.