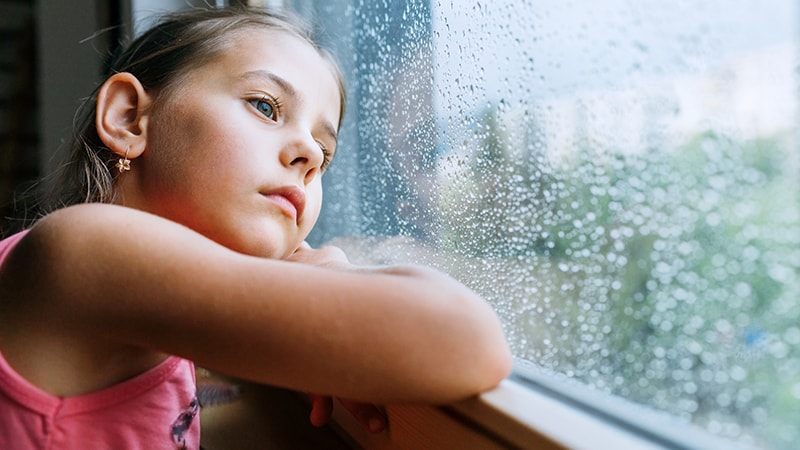 The prevalence of suicidal ideation and behavior among preadolescent children is higher than expected, and parents are often unaware of their child’s suicidality, according to a cross-sectional analysis of the Cognitive Brain Development Study of the adolescent (ABCD).

Family conflict and poor parental supervision appear to correlate with suicidality in this age group, the researchers say.

The study by Danielle C. DeVille, MA, of the Laureate Institute for Brain Research in Tulsa, Oklahoma, and colleagues was published online February 7 in JAMA network open.

The death rate from suicide among American children aged 10 to 14 nearly tripled from 2007 to 2017, increasing at an annual rate of 18%, according to the National Center for Health Statistics. Until recently, little was known about the factors behind what is now the leading cause of child death.

Parents’ and children’s reports of current and/or past suicidality and nonsuicidal self-harm (NSSI) were collected with an electronic version of the Kiddie Schedule for Affective Disorders and Schizophrenia–Present and Lifetime Version. Diagnoses were made on the basis of Diagnostic and Statistical Manual of Mental Disorders (fifth edition) criteria.

A high level of family conflict was significantly associated with suicidal ideation (odds ratio [OR]1.12) and ANS (OR, 1.09).

Low parental monitoring was significantly correlated with suicidal ideation (OR, 0.97), suicide attempt (OR, 0.91), and ALC (OR, 0.95). Although the literature is sparse, there appears to have been an increase in suicidal ideation and harm in young children, said co-investigator Florence Breslin, MS, head of clinical evaluations and testing at the Laureate Institute. Medscape Medical News. “It’s not clear because previous studies have grouped younger children with adolescents,” she said.

The researchers found a lack of caregiver agreement regarding more than 75% of children who reported suicidal ideation or behavior, “indicating that most caregivers were unaware or otherwise unable to report information regarding the suicidality of their child,” they wrote.

This disconnect may have important clinical implications, they add. “Our findings underscore the need to ensure that assessments of suicide are conducted directly with children rather than only with the child’s caregivers. If possible, assessment for suicidal ideation should take place within the context of individual interaction with the child.

Echoing this, Breslin said, “I hope one of the results of this article is that parents, primary care providers and pediatricians will start asking young children directly about these behaviors. Too often, pediatricians direct these questions only to the parent.”

Breslin noted that although the investigators were initially surprised at the discrepancy between caregiver awareness and children’s reports, “when we started reading the literature, we saw that it was not uncommon in other areas of mental health, such as anxiety and depression.” These studies reveal a tendency for adults to dismiss children’s negative feelings as “just something kids say but don’t really mean.”

Less discordance, however, emerged in families with a history of mental health issues, suggesting greater openness to discussing these topics.

Breslin stressed the need for frontline health care providers to screen children earlier for mental health issues in general and to ask children themselves questions in particular; parents are often oblivious or dismissive of their offspring’s negative emotions if they seem happy most of the time. “It will be important for professionals assessing large numbers of children to assess these feelings,” she said. “I think some of the increased suicide rate we’re seeing in teens could have been avoided if we had detected these feelings at an earlier age.”

Rising suicide rates among children, teens and young adults are reaching the level of a public health crisis, said Robin Aupperle, PhD, associate professor at the University of Tulsa School of Community Medicine. , Oklahoma. Medscape Medical News. “The results of the current study suggest that the rate of suicidal ideation and behavior among preadolescent children may be much higher than commonly assumed,” she said.

“This is extremely troubling, especially given the relative lack of research on how best to intervene and prevent suicide at this young age.”

Aupperle, who was not involved in the study, stressed the need for longitudinal data to identify predictors and provide keys for more accurate assessment and new treatment targets.