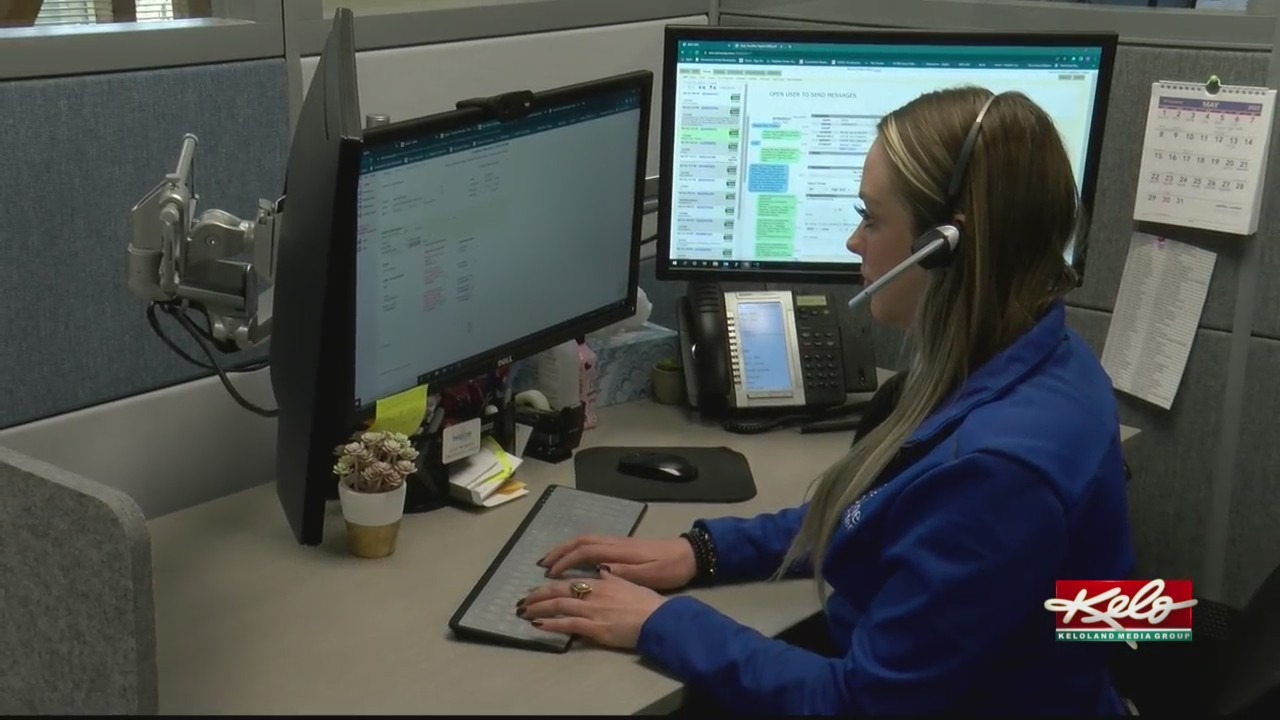 SIOUX FALLS, SD (KELO) – In just over a month, a new suicide prevention lifeline will be activated and taking calls from those in crisis. For the past year, the Sioux Falls Helpline has been busy preparing for the July 16 launch date. This includes the 211 supervisor whose outreach to people in a dark place was shaped by personal tragedy.

Dialing 988 will be a lifeline for people calling the number from next month.

“I think this has the potential to transform the crisis response system,” said Helpline Center CEO Janet Kittams.

The helpline has hired additional workers to handle the expected surge in calls with the 988 Suicide & Crisis Lifeline.

“Projections have shown that our call volume will double or even triple in the next year, just when people are getting to know 988 and are comfortable dialing it,” Kittams said.

Part of ramping up the 988 Lifeline includes grooming new workers ahead of the July 16 launch. And that includes holding training sessions in large classrooms like this every month.

“Our training is a combination of classroom training and then observation and on-the-job training where they listen and learn from a current call specialist and then they actually start taking calls with someone partnered with them. “, said Kittams.

Kylee Wilmarth is a soothing voice of experience at the helpline. The 211 supervisor answered his share of calls from people with suicidal thoughts.

“Every call is different. Each individual is different. So we just have to take this call on an individual basis and treat it as a new call and leave our personal emotions, opinions and beliefs out of that call,” Wilmarth said.

But this emotional detachment, so essential to helping struggling callers, comes despite great personal loss for Wilmarth.

Wilmarth was only 18 when her brother, Jacob, then 22, committed suicide: a loss she feels every day.

“Probably, just that support from him. He was my older brother, so,” Wilmarth said.

Wilmarth says his brother showed no outward signs that he was struggling. Her grief motivated her to take up a career helping others.

“I would say it made me stronger, it definitely opened my mind about mental health in general and how anyone you may meet, or even a loved one, sibling or a parent, might be going through a dark time and not ask for support or help,” Wilmarth said.

“I think a lot of our employees come with their personal experiences in their lives, whether it’s a loss like Kylee or maybe their family members have mental health or addiction issues and I think we all bring that’s at the table when they answer those phone calls and that’s why we’re so compassionate and understanding when we’re there to help people,” Kittams said.

Wilmarth credits the emotional support of others for helping her cope with her brother’s death. Now she offers the same kind of support to those on the other end of the line.

“I think that’s the thing I learned the most from my brother’s passing, it’s just to be more aware, to be kinder to people, to be more authentic,” said Wilmarth.