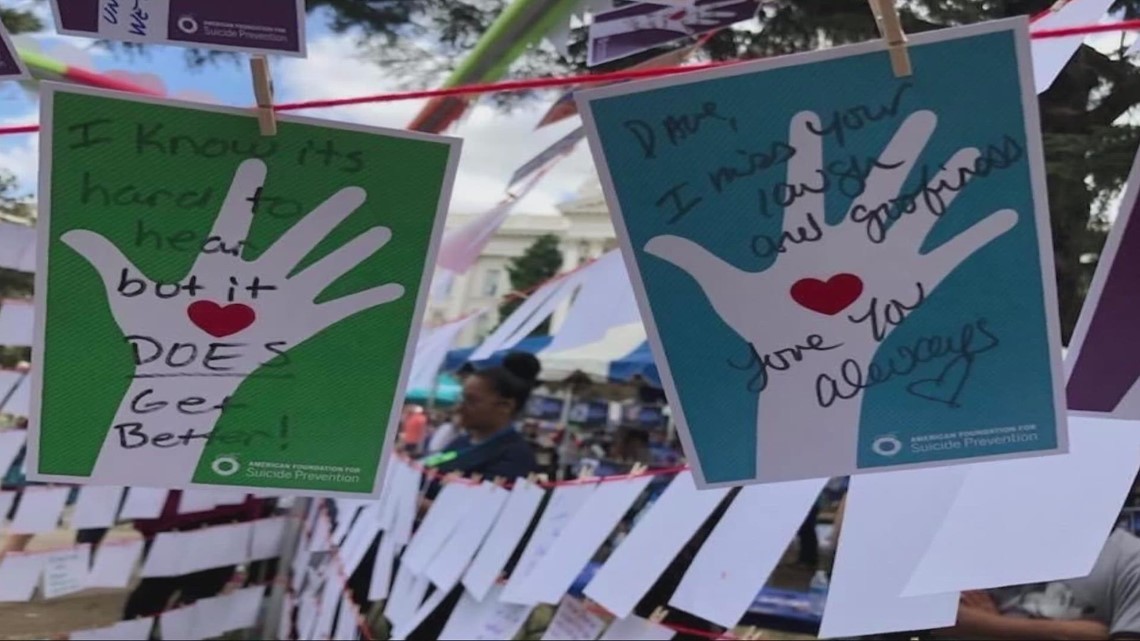 Out of Darkness Community Walk Sacramento for Suicide Prevention

A woman participating in the walk shares her story of loss and mental health issues.

SACRAMENTO, Calif. — The Out of Darkness Community Walk is taking place Saturday in Sacramento to raise awareness about suicide prevention.

A woman participating in the walk shares her story of loss and mental health issues. Jolene Prosser-Tift is a suicide prevention advocate.

“Are you suicidal? It’s a question people should be asking, but aren’t. They’re not comfortable,” she said.

Prosser-Tift was 16 when her father died. She didn’t know how to handle her death.

She lost six people to suicide, including her high school friend Chet Jarboe. At the time, his death only heightened the pain of losing his father.

“He was a sophomore in high school. He was nine days past my dad and so it was incredibly painful,” she said.

Prosser-Tift has spent his life trying to figure out what causes suicide and how to prevent it. She has a successful career in finance and is on a mission to help people and save lives.

“Finding a treatment is not easy. As we know, there are not many beds available, mental health services have been cut. There just aren’t enough. We need programs. We need to put policies in place to help people,” she said.

Prosser-Tift admits she struggles with her own mental health. She says she is alive today because of what she went through and her work to prevent it.

“Because I lost so many people, I made it very clear to my family and friends that I had mental health issues. A lot of people do,” she said.

On the 25th anniversary of her father’s death, Prosser-Tift and her young daughter attended their first American Foundation for Suicide Prevention walk.

“You would see a lot of people with pictures of loved ones who passed away and you just know you’re not alone,” she said.

It’s a day to support each other and reaffirm “It’s okay not to be okay”.

The walk that Prosser-Tift talks about is called Out of Darkness Community Walk. It’s happening Saturday, October 1 at 9 a.m. on the West Steps of the Capitol. ABC10 will have a team that works.