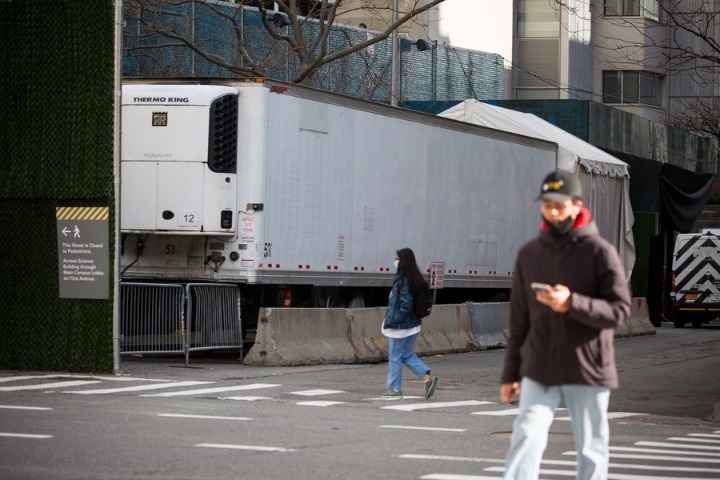 LOS ANGELES — Social and educational disruptions during the COVID-19 pandemic have heightened concerns about the mental health and suicidal behavior of adolescents in the United States, according to a new study from the United States Centers for Disease Control and Prevention.

According to the study published Thursday in the agency’s Morbidity and Mortality Weekly Report, nearly three-quarters of high school students under the age of 18 reported at least one adverse childhood experience (ACE) during the pandemic. Among them, 53.2%, 12% and 7.8% declared respectively one to two, three and four or more ACEs.

Negative childhood experiences are associated with poor mental health and suicidal behaviors, and a high prevalence of certain ACEs has been documented during the pandemic. ACEs are preventable and potentially traumatic events that occur in childhood, such as neglect, experiencing or witnessing abuse, or a family member’s attempt or death by suicide. Also included are aspects of a child’s environment that can interfere with their sense of security, stability and attachment, the study explains.

The study found that ACEs were common among American adolescents during the pandemic and often resulted in acute consequences for mental health and suicidal behaviors, even in some adolescents who reported one to two ACEs.

The study noted that the prevalence of current poor mental health and suicide attempts in the previous year among adolescents reporting four or more ACEs during the pandemic were four and 25 times higher, respectively, than adolescents without. ECA.

The study was based on responses from more than 4,300 students nationwide to the 2021 Adolescent Behaviors and Experiences Survey, which used three-stage stratified cluster sampling to obtain scale-representative data. national public and private American high school students between January and June 2021. .