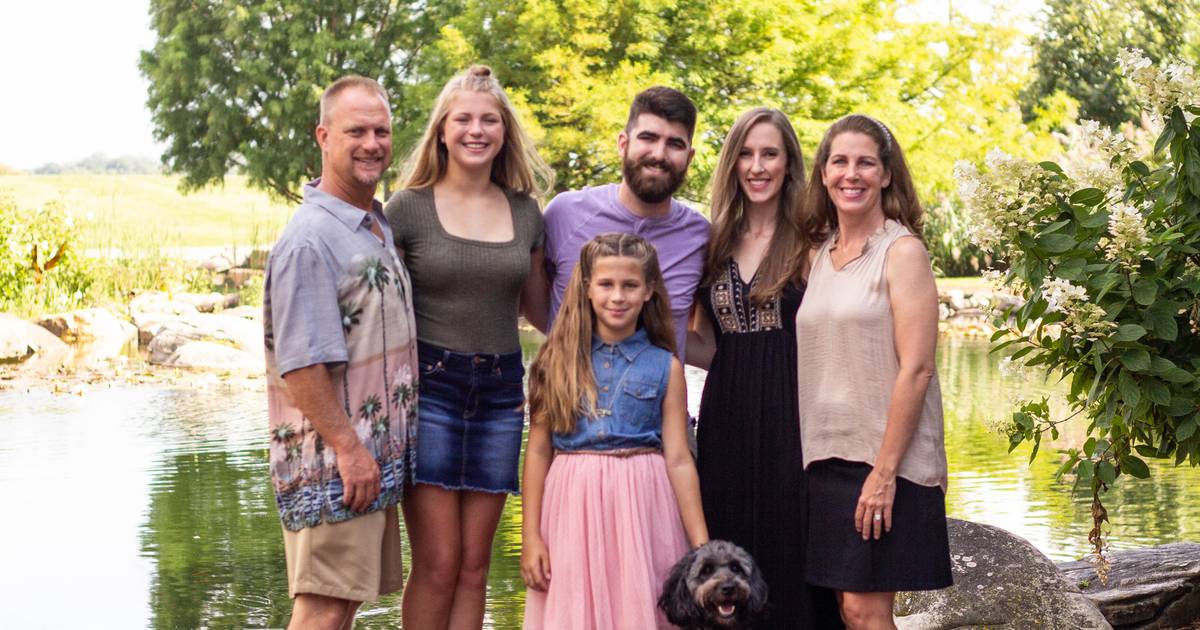 But later that day he texted a family member to let them know where he was – and what he was up to.

Thanks to the tracking of his mobile phone, the family found him.

The 27-year-old described in his obituary as “a beautiful soul” had committed suicide, his mother, Heather Buelow, recalled on Tuesday. The death of her son is the reason she will participate in Saturday’s inaugural Never Walk Alone 5K walk/run for suicide awareness and prevention.

This is the first time the McHenry County Suicide Prevention Task Force has hosted the event, which aims to raise $5,000. Every penny raised will be used to raise awareness and prevent suicide in McHenry County, the task force members said.

Never Walk Alone goes down at 10 a.m. Saturday at The Dole, 401 Country Club Road, Crystal Lake. Registration begins at 8:30 a.m. and the cost is $15 per person. For more information and to register, visit NeverWalkAlone.5K.run.

More information about working group meetings, conferences, support groups and QPR training is available by emailing education@namimch.org. Those in need of immediate support can call the McHenry County Crisis Line at 1-800-892-8900.

The task force has participated in other walks for suicide awareness and prevention in recent years, but under the banner of the National Alliance on Mental Illness, where the money has been shared across national.

Buelow said the task force and such events are important in changing the dialogue, encouraging those who are hurting to open up and share, whether they have lost a loved one to suicide or have themselves need help and resources.

“On the march there are people who understand what you’re going through,” said Buelow, a Crystal Lake resident who works as a school nurse in Huntley and Crystal Lake. In schools, she says she sees a great need for awareness and support for suicide and mental health among students and members of the LBGTQ+ community.

She knew her son, who lived in Indiana with his wife, was on medication and suffered from anxiety, depression and migraines, but said she wasn’t too worried at the time. She had spoken to him the night before and said, “There was no indication…that this was where his mind was.”

Buelow said once she and her husband started sharing the story of her son’s death, they discovered more people around them who had also lost loved ones to suicide.

The conversation surrounding suicide needs to change so that people feel safe to share stories of their grief and for those struggling with suicidal thoughts to feel safe to speak up and seek the help and support they need. to survive, said Buelow and others involved in the aid. the cause.

This is where QPR – Question, Persuade, Refer – suicide prevention training can help.

Nicole O’Dea, co-chair of the task force’s outreach and advocacy committee and therapist at the Samaritan Counseling Center, said “anyone” in the community could and should be trained in QPR.

QPR training, available through the National Alliance on Mental Illness in McHenry County, to everyone and teaches people how to react if “something is wrong” with a loved one, employee or even a stranger in the street. The training provides guidance on how to engage, open dialogue, encourage someone to seek help, and provide resources.

“Anyone can participate in the training, from teenagers to older adults, regardless of age or experience,” O’Dea said. “We are trying to raise awareness. Let people know that suicide is a public health issue.

O’Dea and others provide training to schools, churches and businesses as well as to 911 operators, firefighters and police officers.

“We can all be a link in the chain to prevent suicide,” O’Dea said. “You don’t have to be a professional therapist. Everyone can play a role in suicide prevention.

According to the McHenry County Coroner’s Office, the number of suicides has remained stable in recent years, even during the pandemic.

O’Dea said the number of suicides “has not been negatively affected” by the pandemic, but the number of phone calls asking for help and virtual counseling sessions were much higher.

She suspects more people felt comfortable meeting with a therapist in the privacy of their home or car and were more likely to seek help. It was also the first time insurance companies had started covering telehealth for everyone, she said.

O’Dea said a key factor in preventing suicide is communication, showing support and letting people feel like someone has their back and events like Saturday’s 5K provide that opportunity.

“The march is really important to show the community that there are people who support it and that we are not afraid to talk about suicide,” O’Dea said. “I think when people are willing to talk about suicide and shed some light on suicide, it propels a conversation. This opens the lines of communication.

Buelow, whose team name for the 5K is “AJ’s Warriors,” is looking forward to Saturday’s 5K.

“The walk is important for the community (because) there are people out there who understand what you’re going through,” she said. “Grieving is not linear.”

She cries at the thought of her 50th birthday approaching, knowing that her son will not be there with his two daughters to celebrate.

“There is always a void,” she says.

She hopes to do more in the future for suicide prevention and awareness and wants to change the attitude and terminology surrounding suicides.

“It’s a disease,” she says. “It’s like an alcoholic or cancer, but there’s a different attitude around it.”