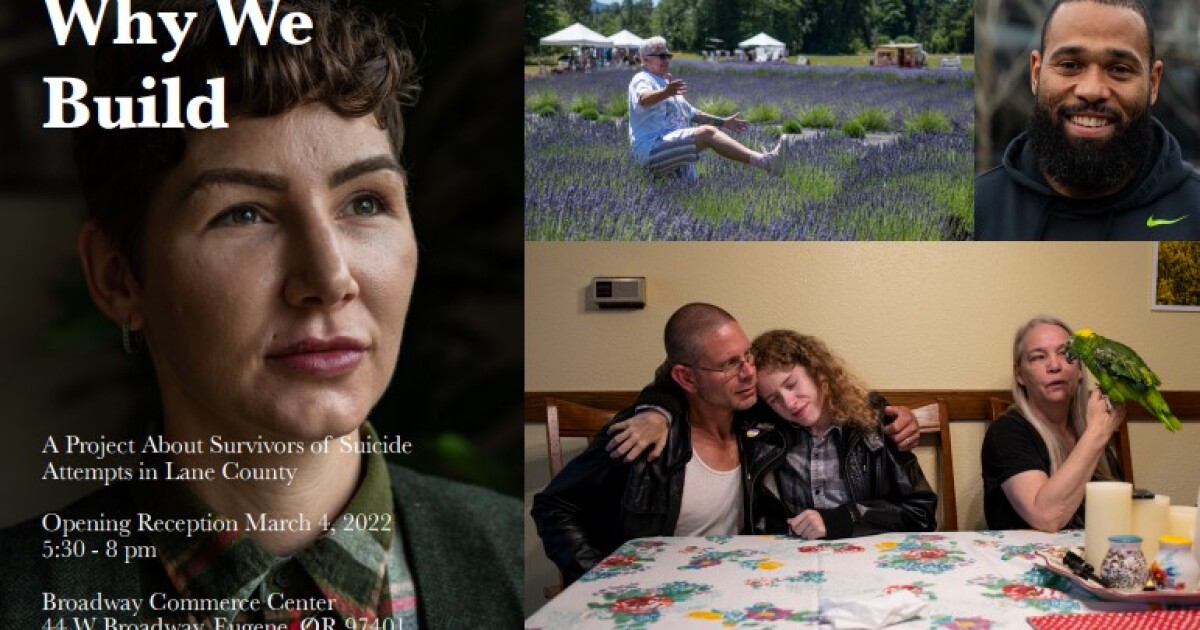 Over the past two years, Lane County Public Health has documented the lives of 16 people who survived suicide attempts. Their stories – told through photography and the spoken word – constitute a traveling exhibition entitled “Why we build”.

There are approximately 3,000 suicide attempts in Lane County each year. Suicide Prevention Coordinator Roger Brubaker said while it’s hard to talk about, society can learn from those who have suffered the darkest thoughts and lived to tell.

“When all of these stories are put together, the pain is palpable,” he said. “But the fact that all of these people are still alive, despite what they’ve been through, and still searching for purpose and meaning on a daily basis is absolutely astounding.”

The “Why We Build” gallery opens in Eugene on Friday, March 4, then travels to Cottage Grove, Springfield and Florence.

The title of the project, “Why We Build”, was inspired by a stanza from the confessional poem “Wanting to Die” by Pulitzer Prize winner Anne Sexton. It reads: “…suicides have a special language. Like carpenters, they want to know which tools. They never ask ‘why build?’

Brubaker said survivors of suicide attempts have wisdom to pass on.

If you or someone you love is thinking about suicide, the National 24-Hour Suicide Prevention Lifeline is: 1-800-273-8255

Visitors to the “Why We Build” galleries are encouraged to bring headphones to hear participants’ voices by scanning QR codes with a smartphone.

“Why We Build” exhibits can be viewed at four locations in Lane County:

2022-03-01
Previous Post: Compassionate Foundations Course Sets Tone for APS Suicide Prevention Focus
Next Post: A suicide prevention method has been implemented in 3 states. Can this happen in Wisconsin?