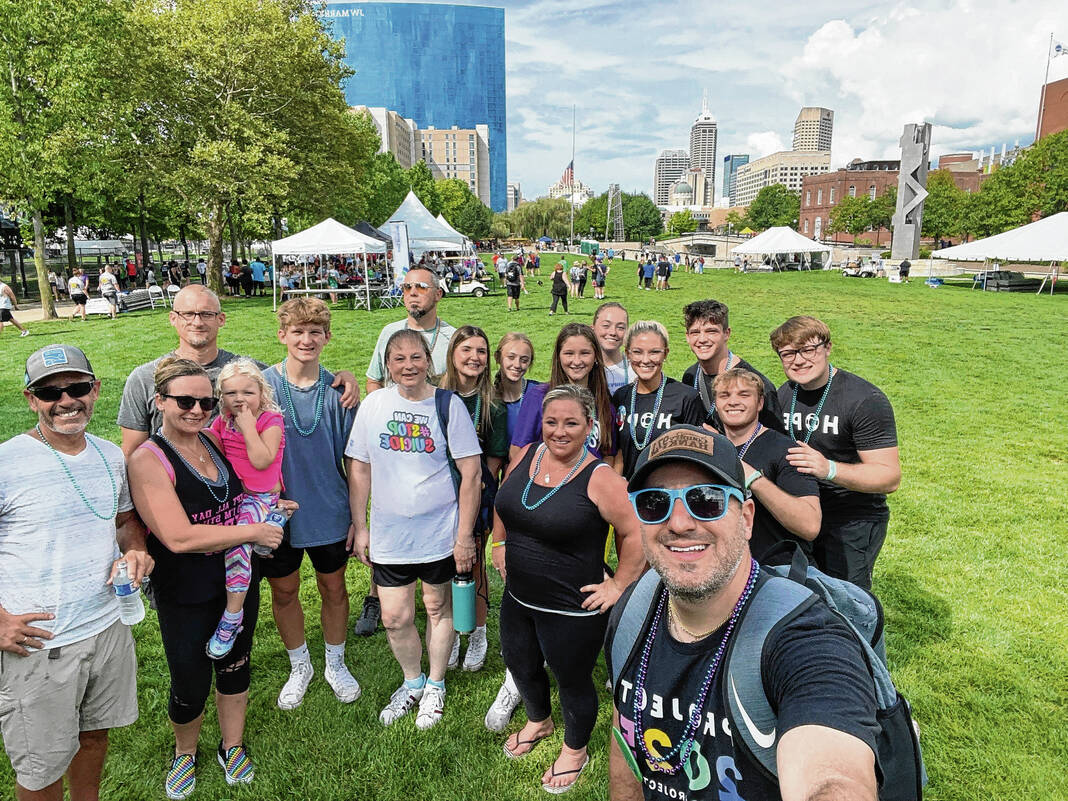 Greenwood students organized a suicide prevention walk to show other students that they are not alone.

Suicide is the 12th leading cause of death in the United States and Indiana. In 2020, 45,979 Americans died by suicide and in Indiana, 1,024 people died by suicide, according to the Centers for Disease Control and Prevention.

Greenwood High School students Ava Smith and Lilli Vaziri have both seen the impact that suicide and suicidal thoughts can have on family and friends. They’re hosting a Light in the Darkness Walk at Greenwood High School Football Stadium on Saturday at 7 p.m. to raise awareness for others. The walk is inspired by the American Foundation for Suicide Prevention’s Out of Darkness community walks.

“It’s a bad crisis,” said Ava Smith. “We had our own struggles, so we wanted to raise awareness.”

The idea for the ride goes back a few months. Smith saw a link on the foundation’s website for an Out of Darkness community walk in downtown Indianapolis in September. She, along with her family and friends, including Vaziri, took part in the march. She was also able to organize a fundraiser on the website, she said.

It was after participating in the Indianapolis march that she and Vaziri came together to do something more local.

“(Vaziri) and I came up with the idea for a walk at the GHS,” Smith said. “We spoke to the manager and the sporting director and took it from there.”

When she shared her own struggles, people weren’t talking about suicide prevention or mental health awareness. Doing the walk and talking about these issues will help raise awareness, Vaziri said.

“It’s important for us to let people know that they are not alone and that we can use their voice,” she said.

In addition to Vaziri’s own struggles, a family friend took his own life earlier this year. It was a big factor in her drive to help people, she said.

The march is the first of its kind to take place at schools in Greenwood. Michael Gasaway, the high school principal, was happy to see the students address this issue, as he has seen the impact of suicide prevention efforts.

“I’ve been on 4-5 walks at my previous school, so I really know how to bring the community together, bring people together for a good cause like suicide prevention,” Gasaway said. “When they came to me, I was ready to leave.”

The effort is student-led by Smith and Vaziri, with Gasaway only assisting when requested. For example, he sent messages about the march and posted them on social media, he said.

“What I like is that it’s student-run. These two girls have done a lot to raise awareness,” Gasaway said. “It’s their project. They did a great job of doing this thing.

So far, Smith and Vaziri have been able to raise over $4,000 for suicide prevention and mental health awareness through online fundraising associated with the walk. The goal now is to raise $6,500 by October 30, they said.

“We wanted to bring change to our community,” Vaziri said. “…This will have a big impact on our community and on Greenwood in general.”

For the Saturday walk, they plan to have glow sticks and glow bracelets. The walk is open to everyone in the community. Officers from the Greenwood Police Department will join the students for the march, Smith said.

“We want it to be a community thing,” she said. “…You don’t need to make a donation to go. You can just go out and walk.

Parents supported the march. There’s nothing but support for it, Gasaway said.

“Everyone knows someone and knows someone who has been touched by suicide,” he said. “It touches the hearts of many people. I know this seems like an uphill battle, and you just have to keep trying.

To donate to the American Foundation for Suicide Prevention through Smith and Vaziri, visit their fundraising page here.

If you or someone you know is struggling with suicidal thoughts, call the Suicide Prevention Hotline at 988 or look for other resources in the area.

IF YOU ARE GOING TO

Light in the Darkness Walk

What: A suicide prevention and mental health awareness walk.

Cost: Free and open to the community