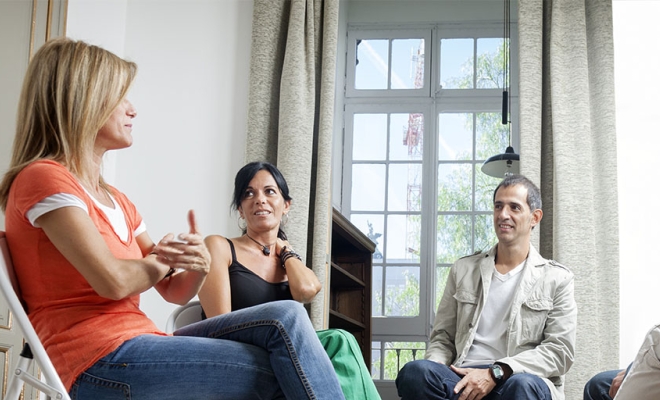 Governor Kathy Hochul today announced a $5 million multi-agency pilot program aimed at reducing suicide among vulnerable groups in Albany, Schenectady, Rensselaer and Saratoga counties. Funded through a grant from the federal Centers for Disease Control and Prevention and administered by the state Office of Mental Health, Capital Connect will use data from state agencies and local partners to identify at-risk groups for targeted prevention efforts in specific areas and industries. the four county region. New York is one of six states to receive the grant from the Centers for Disease Control and Prevention.

“While our state’s mental health resources are among the best in the nation, we still lose far too many New Yorkers to suicide each year,” Governor Hochul said. “Through a targeted approach to prevention, we can better identify the groups and industries most at risk and ensure they have access to resources, and this $5 million grant announced today will help us provide essential support and foster connections between vulnerable people throughout the Capital Region. ”

With the five-year grant, the New York City Office of Mental Health’s Center for Suicide Prevention has partnered with the state Department of Health and the state Department of Labor to identify groups and industries most at risk of suicide. In addition, the agencies will work with schools, county mental health, juvenile justice, local hospital emergency departments and the area’s construction industry to help focus efforts in the Four Quarters region. counties, where suicide attempts and death rates exceed the state average.

Capital Connect’s primary goal is a 10% reduction in suicide attempts and deaths among vulnerable groups that have disproportionately high rates of suicide attempts. The initiative is part of the Office of Mental Health’s larger goal to reduce mental health disparities in historically underserved communities, including communities of color.

The success of this program helped secure $1.5 million in funding from the American Foundation for Suicide Prevention, the nation’s largest source of private suicide prevention research, and enabled the program to expand to 12 additional black churches. Additionally, earlier this year, the Office of Mental Health made $5 million available for suicide prevention programs for underserved populations, including youth and young adults who are Hispanic/Latino, African American, Asian, Native American and LGBTQI+.

The Office of Mental Health used surveillance data from the Department of Health to identify two disproportionately affected populations. These groups include adolescents, who are increasingly treated in emergency rooms following suicide attempts, and working-age men, whose suicide rate is three times that of the general population.

New York State Office of Mental Health Commissioner Dr. Ann Sullivan said“Research across diverse populations and age groups clearly shows that social connection matters when it comes to our mental well-being. And while there is no one-size-fits-all solution to the complex problem of suicide , working across sectors and using a number of proven strategies supporting healthy social connection, we can make a difference and save lives.”

To support adolescents, the Capital Connect program will partner with schools to provide a structured suicide prevention needs assessment, consultation and a range of training options. The program will also support the expansion and refinement of e-Connect, an innovative program that screens youth on probation and connects them to mental health treatment and services.

Likewise, grant-funded activities in the cities of Albany, Troy and Schenectady will increase access to services in communities of color. The pilot program will also help test this model before potentially expanding the approach statewide.

The program will also provide training targeting the local construction industry and those in financial difficulty and the newly unemployed, both of whom are known to be at high risk. Partnerships developed through the program will also help the Office of Mental Health achieve its goal of reducing health care disparities in historically underserved communities.

New York State Department of Health Commissioner Mary T. Bassett said: “Coping with stress and anxiety due to factors such as employment status, housing instability and personal well-being have all added to more unresolved mental health issues and, unfortunately, to suicides in underserved communities. The Capital Connect program will help reduce inequities in behavioral health services further amplified by COVID-19 and prevent suicides.”

New York State Department of Labor Commissioner Roberta Reardon said: “At NYSDOL, we are committed to doing all we can to help suicide prevention efforts, and a big part of that is identifying who is most at risk. We will continue to work with vulnerable and underserved communities. , including those who are unemployed and underemployed, to ensure they have the resources they need. The well-being of New Yorkers is – and will continue to be – our first priority.”

Senate Majority Leader Charles Schumer said: “I am proud to provide vital federal mental health funding to support our most vulnerable residents, prevent suicide and save lives. No one should struggle with mental illness alone. The pandemic has intensified the mental health crisis, and residents of the beleaguered capital region need our support more than ever.”

Representative Paul Tonko said“The COVID-19 pandemic has amplified our existing mental health challenges, particularly among children and vulnerable community members. These diseases of desperation deserve a response rooted in compassion. As a member of the Mental Health Caucus, I was proud to play a leadership role in getting Congress to launch the 988 lifeline and expand and fund suicide prevention services. I am grateful to have a committed partner in Governor Hochul in the effort. to give hope to those in our Capital Region and beyond.

Albany County Executive Daniel P. McCoy said: “We are facing a mental health crisis in this country that has only been made worse by the pandemic and economic shutdown. I am proud of the innovative mental health initiatives that Albany County is leading – including our Mobile Crisis Team and ACCORD – but we can’t go it alone. I’m glad to have a partner in government like Governor Hochul and the State Office of Mental Health who are committed to preventing the suicide in the Capital Region. This $5 million pilot project will help us focus more resources on the most vulnerable and at-risk populations and get them the help they need before it happens. be too late.”

Albany Mayor Kathy Sheehan said: “I commend Governor Hochul and New York State for funding this pilot program to reduce suicides in the Capital Region. As we grapple with the impacts of isolation and loss during the pandemic and the daily challenges of our ever-changing world, this important program will help provide our most vulnerable residents – especially those in communities historically underserved – the crisis response resources needed. »

Troy Mayor Patrick Madden said“I commend Governor Hochul for providing valuable resources to address suicide prevention in our neighborhoods. Suicide is a public health issue that impacts our community, but the good news is that it is preventable. This funding will support important programs from Lansingburgh to South Troy with a focus on this in our most underserved communities.”

Schenectady Mayor Gary McCarthy said: “Using research and data to identify vulnerable individuals and at-risk groups will increase service effectiveness and strengthen access to evidence-based programs in historically underserved communities. I thank Governor Hochul for his leadership in launching this multi-agency pilot project here in the capital region to improve access to mental health services in our community.

Schenectady County Legislature Speaker Anthony Jasenski said: “It is always tragic to lose a member of our community to suicide. We are extremely grateful to Governor Hochul for recognizing that communities need help to address this complex issue and for providing us with the additional resources to do so. .”

Saratoga County Board of Supervisors Chairman Theodore T. Kusnierz, Jr. said: “Mental health and wellness are just as important as physical health and Saratoga County is committed to providing services to help those who face such daily challenges. The Capital Connect program will help promote a community healthier by helping at-risk populations, including our young people suffering from the lingering effects of the pandemic and working-class men who have also seen an increase in mental health crises, according to recent studies. These funds will help the county of Saratoga to reduce the stigma surrounding mental health services while helping those who suffer from mental health issues and suicidal thoughts.”