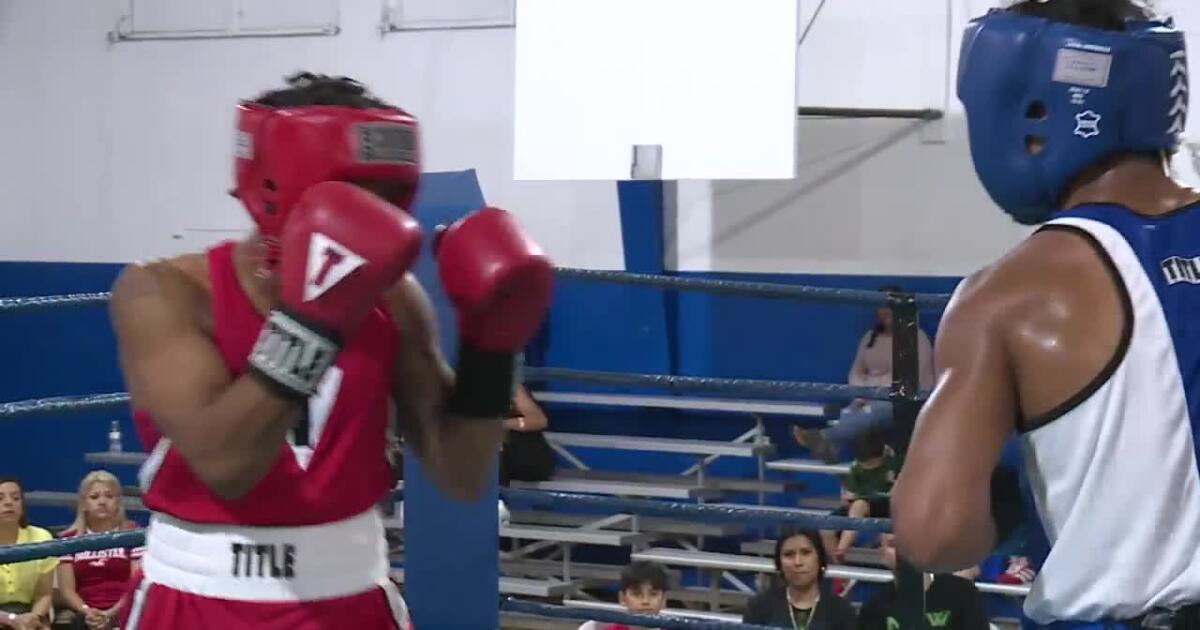 RIVIERA BEACH, Fla. — Fans and athletes packed the Tate Recreation Center in Riviera Beach for the first-ever Boxing for a Cause event on Saturday, focusing on mental illness and suicide prevention.

“Boxing is a way out for the kids fighting here, you know, because it’s the toughest fight,” said Mickey Demos Boxing boxer Anthony Ochoa. “It’s the hardest fight.”

Ochoa said he trains every day to win in and out of the ring.

“Boxing is an outlet,” Ochoa said. “It’s an antidepressant. It’s also a way to get off the streets,” Ochoa said.

Thirty-six South Florida boxers of all ages, races and genders strapped in, putting their physical and mental strength to the test.

“When things get tough and people throw at you and you feel like you’re overwhelmed, you just have to, like, buckle up and really believe and yourself and keep going,” said Katelyn Hess, a Fight Fit Wellington boxer. .

The event was organized by the foundation Sincere 2000whose founders lost their son to mental health.

“We just need people to understand that it’s OK to not be OK,” said Sincere 2000 co-founder Cheryl Melvin.

In conjunction with Palm Beach Boxing, all funds raised through Boxing for a Cause will benefit Sincere 2000 to continue providing mental health resources and education.

“If we can raise awareness about mental illness and reach someone, then we’re doing our job,” said Unique Melvin, co-founder of Sincere 2000.

The event also benefited from the support of organizations such as Wonderfula non-profit organization that advocates for mental health.

“One more suicide is one too many, and we all need to come together to stop this from happening,” said Heather Palacios, founder of Wondherful.

Palacios said she had been battling suicidal thoughts for 40 years. The organization distributed life boxes, which contained notepads, snacks and other tools for people who might be in poor mental condition.

According to the Centers for Disease Control and Prevention, suicide was one of the nine leading causes of death among people aged 10 to 64 in 2020.

Organizers hope to make Boxing for a Cause an annual event.