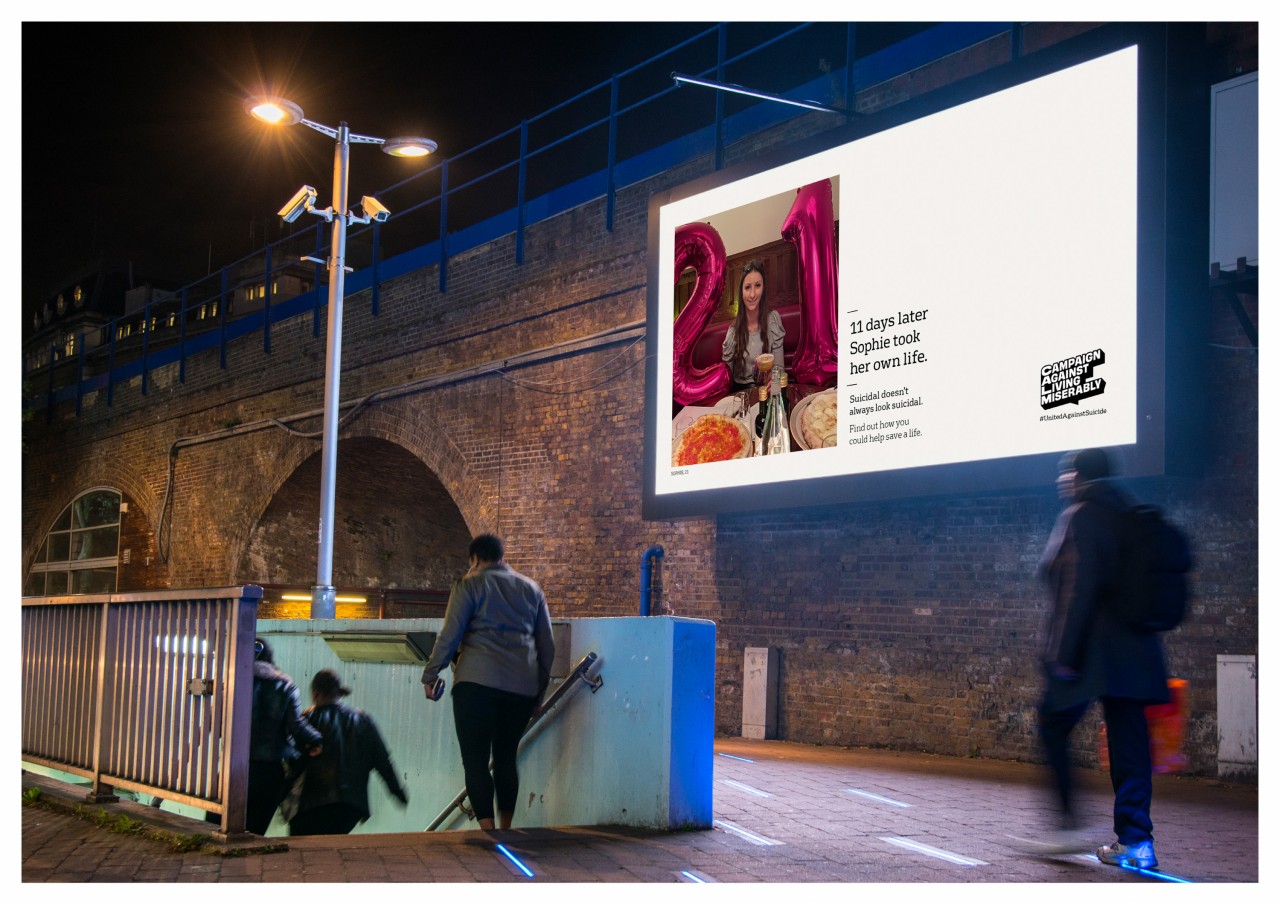 ‘The Last Photo’ was directed by Max Fisher and debuted today on ITV’s This Morning. In the feature, viewers see a sequence of authentic home videos of seemingly happy people enjoying life – singing to toddlers, having fun with friends and enjoying a day at the beach. Towards the end of the spot, it is revealed that these are the last videos of people who later died by suicide.

“Behind every smile is a tragic story of loss and despair that touches family, friends and communities. We would like to thank all of the families who have contributed to the campaign for their strength and courage in stepping forward and sharing these powerful stories,” said Simon Gunning, CEO of Calm.

“There has long been a stereotype and stigma surrounding suicide that has kept people from opening up and talking about their feelings, and asking for help when needed.”

The latest news and marketing information straight to your inbox.

Get the most out of The Drum by choosing from a range of excellent email briefings, whether it’s daily news, weekly recaps or in-depth media or creative dives.

To coincide with the initiative, a 6.5ft high installation has been placed in London’s bustling South Bank, featuring the people who appear in the film.

“While Project 84 has put suicide on the national agenda, ‘The Last Photo’ goes even further by actively empowering the nation to prevent suicides,” added Ant Nelson, Executive Creative Director. at Adam & Eve/DDB.

“This is the biggest campaign Calm has ever launched, and we’re extremely proud to have helped bring it to life.”

According to the charity, 125 lives are lost in the UK to suicide every week.

Interested in creative campaigns? Check out our Ad of the Day section and sign up for our Ads of the Week newsletter so you don’t miss a thing.