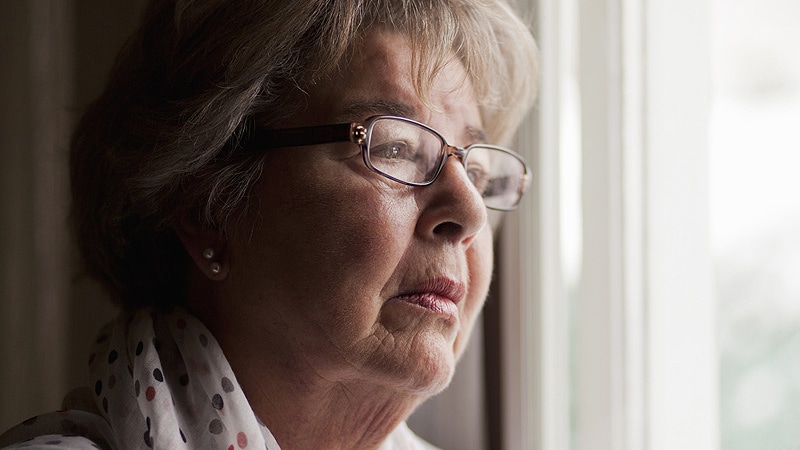 In a meta-analysis that included 20 studies and more than 3 million total people living in long-term care (LTC) facilities, the prevalence rate of suicidal behavior was over 6%. Additionally, the most common of these behaviors was suicidal ideation.

In addition, the prevalence was much higher in women than in men.

“Missed diagnoses or undertreatment in this population can lead to deleterious health outcomes,” Bareeqa said.

The findings were presented at the 2022 annual meeting of the American Association for Geriatric Psychiatry (AAGP).

In the United States, about 42% of adults 70 and older will live in LTC, either in an assisted care facility or a retirement home, Bareeqa noted.

Although many residents of long-term care facilities suffer from a mood disorder, previous research shows that less than 25% of cases are diagnosed and treated, she said.

Bareeqa added that suicide – and its association with factors such as the COVID-19 pandemic, depression and cyberbullying – is a topic of growing interest for researchers. She and her colleagues wanted to investigate suicidal behavior in the long-term care setting.

The analysis included 20 studies and 3 million people living in LTC. The majority of studies were conducted in the United States (n=5) and Australia (n=4).

Such a high rate is “alarming and unexpected”, Bareeqa said. She noted that most of the studies included in the review were conducted in developed countries with advanced health systems.

The World Health Organization reports that the suicide rate per 100,000 elderly people (aged 75 and over) is 50 for men and 16 for women, but this is not stratified by living environment. , noted Bareeqa.

In the current analysis, 5 of the 20 studies were at low risk of bias, 14 at moderate risk and 1 at high risk, Bareeqa reported.

Another surprising finding was the prevalence of suicidal behavior among women (15.8%), which was much higher than among men (7.9%). “Male gender is a well-established risk factor for suicide in the medical literature, but it is not the case in our study,” Bareeqa said.

For psychiatric illnesses accompanying suicidal behavior, the prevalence of depression alone was 14.4%, which was much higher than the 5.1% rate for multiple comorbidities – including depression, anxiety, obsessive-compulsive disorder, psychotic disorder, history of previous suicide attempt, delirium, delirium and hallucination.

“Diseases like cancer or end-stage organ failure, which are quite common with age, are debilitating and in some cases incurable. These medical issues create a breeding ground for mental health issues and can eventually lead to devastating results such as suicide,” she said.

She noted the importance of a “multi-pronged approach” to preventing suicide among older people in long-term care facilities.

In addition, his research team aims to assess the quality of care provided by long-term care facilities. “Maybe we can get to the root of this problem and devise strategies to improve it,” Bareeqa said.

However, Tampi, who is also a past president of the AAGP and was not involved in the research, noted that the analysis only describes associations “but does not indicate causation.”

Also, additional subgroup analyzes should provide insight into possible risk factors for suicidal behaviors in LTC, such as depression, anxiety and chronic pain, he added.