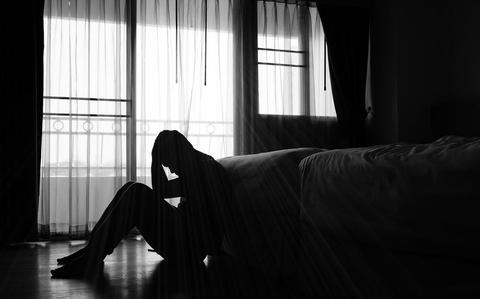 The Department of Veterans Affairs has open applications for a new grant program that will allow the agency to provide funds for community-based suicide prevention efforts. (Getty Images/iStockphoto)

WASHINGTON — The Department of Veterans Affairs has open applications for a new grant program that will allow the agency to provide funds for community-based suicide prevention efforts.

The Staff Sergeant Parker Gordon Fox Suicide Prevention Grant Program will allow the Veterans Health Administration’s Office of Mental Health and Suicide Prevention to fund organizations. The program is designed to help meet the needs of veterans and their families through outreach, suicide prevention, and VA services and its community resources. Organizations can apply for grants of up to $750,000 and apply annually throughout the three-year program. The VA said it will provide grants to organizations that provide or coordinate services to veterans at risk of suicide and their families. Approximately $51.75 million is available in suicide prevention grants.

“We are thrilled with the recent news regarding the Staff Sergeant Parker Gordon Fox Suicide Prevention Grant,” Matthew Miller, executive director of the VA Suicide Prevention Program, said last week. “We believe this will contribute significantly and meaningfully to our broader community response approach, which is new to the VA for the past five years or so, and will further strengthen the partnerships and collaborations we have at the community level. local community.”

Miller said the agency believes the grant will send a strong message about its three core suicide prevention principles.

Qualifications include awareness of those at risk of suicide, suicide risk education and prevention, clinical services for emergency treatment, assistance with VA benefits, and emerging needs related to suicide services. Health care.

Miller said if an organization receives a grant one year, that doesn’t guarantee the group will receive a grant the following year.

The program is named after Army veteran Parker Gordon Fox. Fox joined the Army in 2014 and was a sniper instructor at the Army Infantry School at Fort Benning, Georgia. Fox committed suicide on July 21, 2020. He was 25 years old.

The grant program is part of Commander John Scott Hannon’s Enhancing Mental Health Care for Veterans Act of 2019, which went into effect in October 2020. The measure aims to give $174 million to state organizations and organizations that provide suicide prevention services to veterans and their families. over the next five years.

The grant also aligns with the VA National Strategy for Veteran Suicide Prevention 2018-2028. The agency’s strategy aims to provide a framework for identifying priorities, organizing efforts, and contributing to a national focus on veteran suicide prevention.

In 2019, 6,261 veterans died by suicide — 399 fewer than in 2018 and the fewest veteran suicides in a single year since 2007, according to VA’s 2021 Annual Veterans Suicide Prevention Report, which is published every September.

The average number of veteran suicides fell slightly from 17.6 per day in 2018 to 17.2 in 2019. The latest report does not contain any relevant data on the coronavirus pandemic. The VA said it has yet to see an increase in suicides among VA patients due to the pandemic.

“This is a small but insufficient step in the right direction to deliver on the promises made in the John Scott Hannon Act,” AMVETS said in a prepared statement. “We hope VA will begin to take more seriously the need to support a range of non-traditional and unique services provided by many community programs and organizations.”

The veterans’ organization also said it was concerned the grant process was too onerous in its requirements.

“In many ways, the onerous reporting requirements appear to be an effort by those who oppose this effort, to kill it with a million paper-cuts that local community vendors will struggle to achieve,” AMVETS said. “Furthermore, these requirements are not required for the billions spent on ineffective VA approaches to mental health, although Congress should seriously consider applying these same standards to VA programs and services. We hope Congress will begin immediately to review this deployment to ensure that the program achieves its original intentions.”

The VA will host a technical assistance webinar for grant seekers on April 29 at 2 p.m. EST. The deadline to register is April 28.