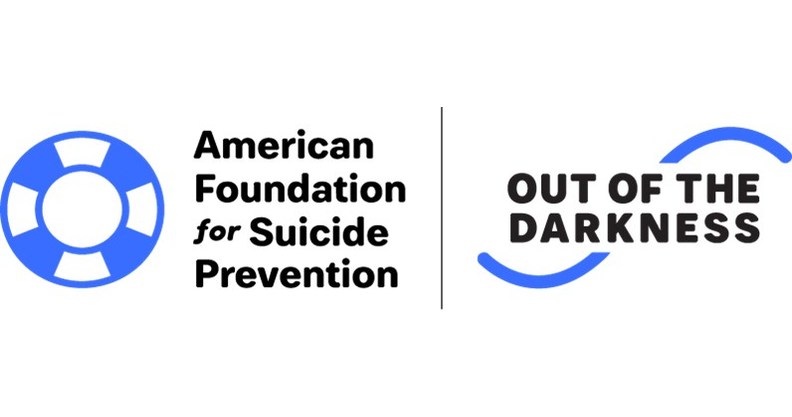 CHICAGO, July 7, 2022 /PRNewswire/ — Registration is now open for the Out of the Darkness Chicagoland Walk, an annual event that helps prevent suicide and brings hope to those affected by suicide. Sponsored by the Illinois chapter of the American Foundation for Suicide Prevention (AFSP), the march will take place in Montrose Harbor from 09:00 – 1:00 p.m. on September 17, 2022.

The Chicagoland Walk is one of hundreds held in cities across the country. These events give people the courage to open up about their own connections to the cause and a platform to create a smarter mental health culture.

“In 2020, 54% of Americans had been affected by suicide in some way,” said Angela Cummings, AFSP Executive Director for the Illinois Region. “The annual walk provides a way for the community to come together to lend support, share their stories, whether they have struggled themselves or know someone who has been affected, and work towards suicide prevention. . It’s a powerful day.”

Participants can register individually or as a team. Every dollar raised through the Chicagoland Walk allows the AFSP to invest in research, education, advocacy and support for those affected by suicide. Since the first walk was held in 2004, events like the Out of the Darkness Chicagoland Walk have provided a platform to raise awareness of mental health issues.

Nationally, nine out of ten people who die by suicide were living with a diagnosable mental health condition at the time of their death, with these conditions often going undiagnosed or untreated. As the leading cause of death, suicide is a public health issue, but can be prevented through education and awareness. Research shows that there is no single cause for suicide and that suicide risk increases when multiple health factors and life stressors converge to create an experience of hopelessness and hopelessness. People can learn the warning signs at afsp.org/signs.

One of this year’s corporate sponsors is Compass Health Center.

“Compass is thrilled to once again partner with the American Foundation for Suicide Prevention in support of its goal to reduce suicide by 20% by 2025,” said Dr. Claudia Welke, MD, Child, Adolescent, and Adult Psychiatrist, Chief Medical Officer, Compass Health Center. “We are grateful to be marching both virtually and in person this year with one milestone in mind: we ALL need to take action to reduce the suicide rate. The overall suicide rate has increased by more than 30% over the past past 20 years. , and we know that it does not discriminate. However, it is important to understand that it is preventable. At Compass, we know all too well people struggling with suicidal thoughts and it is of our mission to provide the life-saving treatment that so many people desperately need through partial hospitalization and intensive outpatient programs.

AFSP and its Illinois chapter are dedicated to improving research, education, and advocacy. Through its statewide network of volunteers, AFSP Illinois offers prevention education programs that emphasize the importance of research-proven self-care techniques as well as the value of engaging professional support.

If you or someone you know is at risk of suicide, please call the US National Suicide Prevention Lifeline at 800-273-8255, text TALK to 741741, or go to www.suicidepreventionlifeline.org.

About the American Foundation for Suicide Prevention:

American Foundation for Suicide Prevention is dedicated to saving lives and bringing hope to those affected by suicide. The organization creates a smart mental health culture through educational programs, promoting suicide prevention, and providing support to those affected by suicide. All donations go to these efforts with the goal of dramatically reducing the national suicide rate.