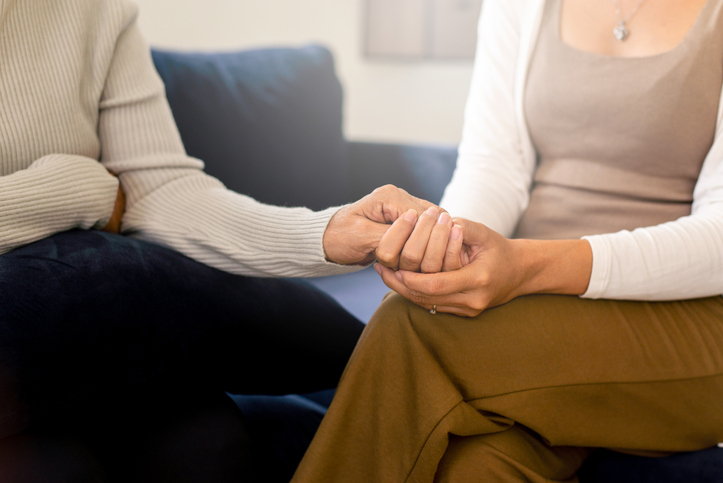 Mental health issues, self-harming behaviors and suicide are all too common in the diabetes community. Learn what statistics mean; be sure to share these suicide prevention resources with anyone you know who may be struggling with suicidal thoughts.

This article includes helpful resources and statistics; However, if you are currently having suicidal thoughts and need immediate help, call the National Suicide Prevention Lifeline at 1-800-273-TALK (8255) or access the Crisis Text Line by texting “TALK” to 741741. Find more resources below.

Diabetes is difficult to manage and the constant attention it requires can have serious effects on a person’s mental and physical health.

Risk of depression, suicide and self-harm in people with diabetes

The figures for suicide and self-harm among people with diabetes are concerning. For example, the rate of “suicidal thoughts” reaches 15% among people with type 1 diabetes, compared to 9.4% in the general population. Suicidal ideation, often referred to as suicidal thoughts or ideation, is a general term used to describe a range of contemplations, wishes and concerns regarding death and suicide. And unfortunately, suicide attempts are about three to four times more likely in people with type 1.

Suicide occurs in all age groups, but adolescents and young adults, who are going through a difficult period of transition and taking on a greater role in the self-management of their diabetes, are at particularly high risk. This group is about 61% more likely to report suicidal thoughts than their non-diabetic counterparts.

The risk of suicide or suicidal ideation and self-harm also increases in people with both diabetes and mental disorders such as depression. People with either type of diabetes are two to three times more likely to suffer from depression than others, and the prevalence of depression is around 11% to 15% in these groups.

As said before, these rates are all probably underestimated. The World Health Organization notes that actual rates of suicide attempts can be 20 times higher than the number of recorded suicide deaths in people with diabetes.

Reasons why rates could be so much higher in people with diabetes include the mental burden of daily and seemingly never-ending management of diabetes and its associated technology, as well as the life-saving, but also very dangerous, drug insulin. Taking too much or too little insulin may be done intentionally in people with diabetes who are trying to harm themselves. For example, if a person takes too much insulin, it can lead to severe hypoglycemia, or if they stop taking their insulin, they can end up in diabetic ketoacidosis. These results can be life-threatening.

Additionally, self-management of diabetes has the potential to lead to depression through issues of self-esteem, strength of relationships, and fears for the future (complications, family, job, etc.).

It is important to distinguish between suicidal ideation (suicidal thoughts or feelings) and self-harm behaviors (doing something that physically hurts oneself, not necessarily with suicidal intent) as they may have different root causes and should be addressed. treated differently. In people with diabetes, some self-harming behaviors may be easier to perform due to easier access to resources like needles and insulin. Often, it is extremely difficult to correctly identify these behaviors in other people; however, what they may look like in people with diabetes may include:

The warning signs of suicide

Although many people who have suicidal thoughts show no signs, there may be clues based on their behavior. The US Department of Health and Human Services lists the following warning signs:

In a health care setting, discussing self-harming behaviors and the subject of suicide is often uncomfortable, both for the person at risk and for their healthcare team. However, in order to help people who may be in difficulty, talking about it is essential. For healthcare providers, proper screening techniques and asking simple questions can help open the conversation and let people know they are not alone. Additionally, it can facilitate the provision of helpful resources such as helplines or therapy.

Suicide and self-harm resources and support

At the ADA’s 82nd Scientific Session, Dr. Shideh Majidi, a pediatric endocrinologist at Children’s National Hospital in Washington DC, shared a strategy she uses called safety planning. It is not a “contract”, but a specific plan that people can follow when they are having suicidal thoughts. Each person can make a safety plan that works specifically for them (an example is below – it’s important to have enjoyable activities and skills defined in advance, so you can employ them very easily)

When I am upset or thinking about suicide, I will take the following steps:

Additionally, there are a number of resources specifically for people struggling with depression, suicidal ideation, or self-harm:

Share these resources with anyone who may be at risk for depression, suicidal ideation, self-harming behavior or suicide. It is vital that these issues continue to receive attention and funding for research given the increased risk for people with diabetes.