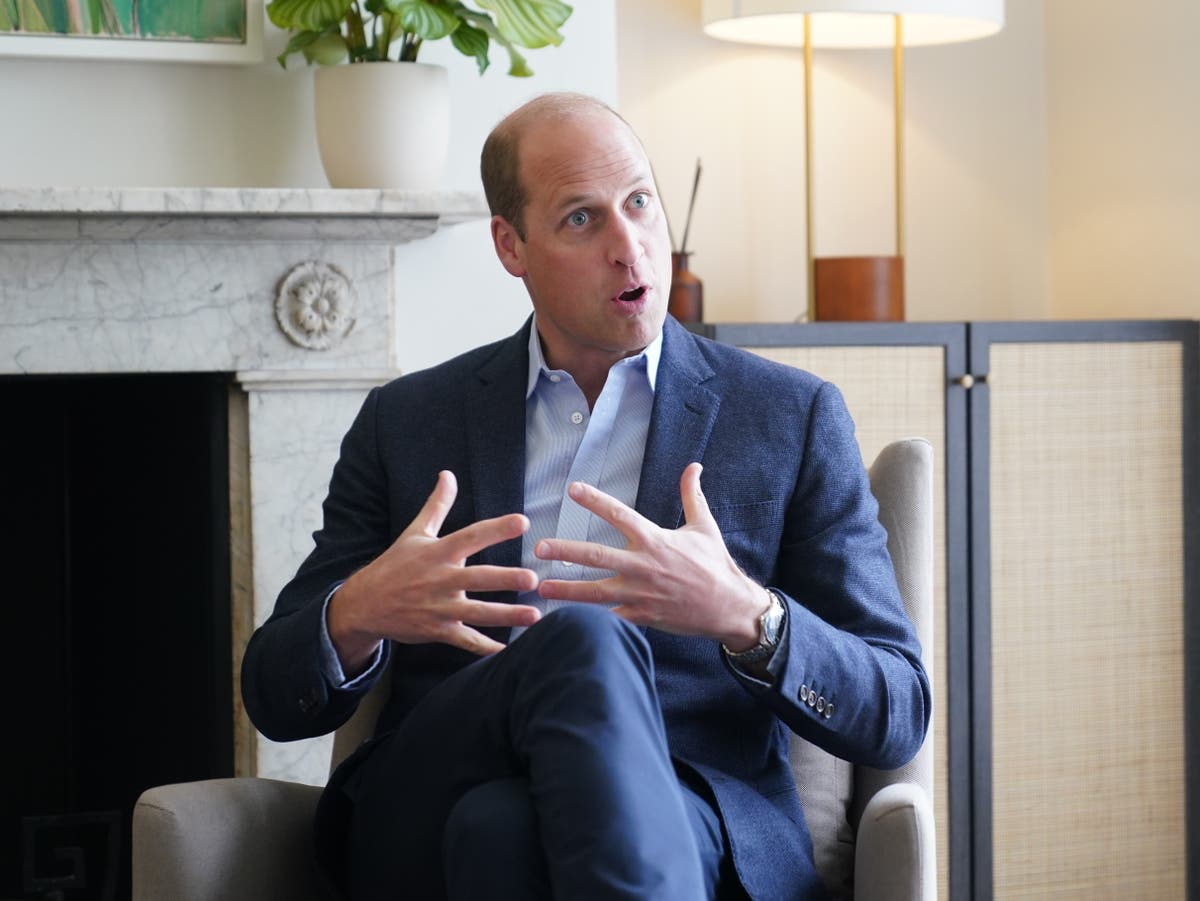 Prince William said he was even more committed to men’s mental health and suicide prevention.

The Duke of Cambridge, 39, renewed his support for the James’ Place charity – which provides support for men struggling with suicidal thoughts – on Tuesday as they opened the organisation’s new center in London.

The prince has previously opened up about his own mental health struggles and experiences with PTSD while working as an air ambulance pilot.

When the center opened, he said that not enough was being done to deal with the crisis and that solutions needed to be found quickly.

Speaking to Derek Wilson, 58, who has already reached out to the charity for help, Prince William said: ‘We’re not really tackling the problem as fast as we need to.

In a later speech at the unveiling of a plaque to mark the opening, he added: “The one thing that stands out for me today in particular is the idea that there is a solution, there is always has a solution.

“I think men sometimes get so into the details that we forget about the bigger picture and the possibility of having that little bit of support that can carry them forward, and there is hope and a better future out there. beyond that,” he continued. “So I think you’re [James’ Place] is going to give a lot of men the support they need.

James’ Place was co-founded by Clare Milford Haven and Nick Wentworth-Stanley who set up the charity after their son, James, died by suicide aged 21.

Prince William opened the first James’ Place center in Liverpool in 2018 and the charity has offered support to more than 800 men struggling with mental health issues and suicidal thoughts.

Speaking in 2021, the prince said he had mental health and wellbeing issues while working in the air ambulance.

He said: ‘When I was in the air ambulance, any job I went to with children – it really affected me. For me it was the relationship of my personal life, with the family or the incident I was in. I found it very difficult.