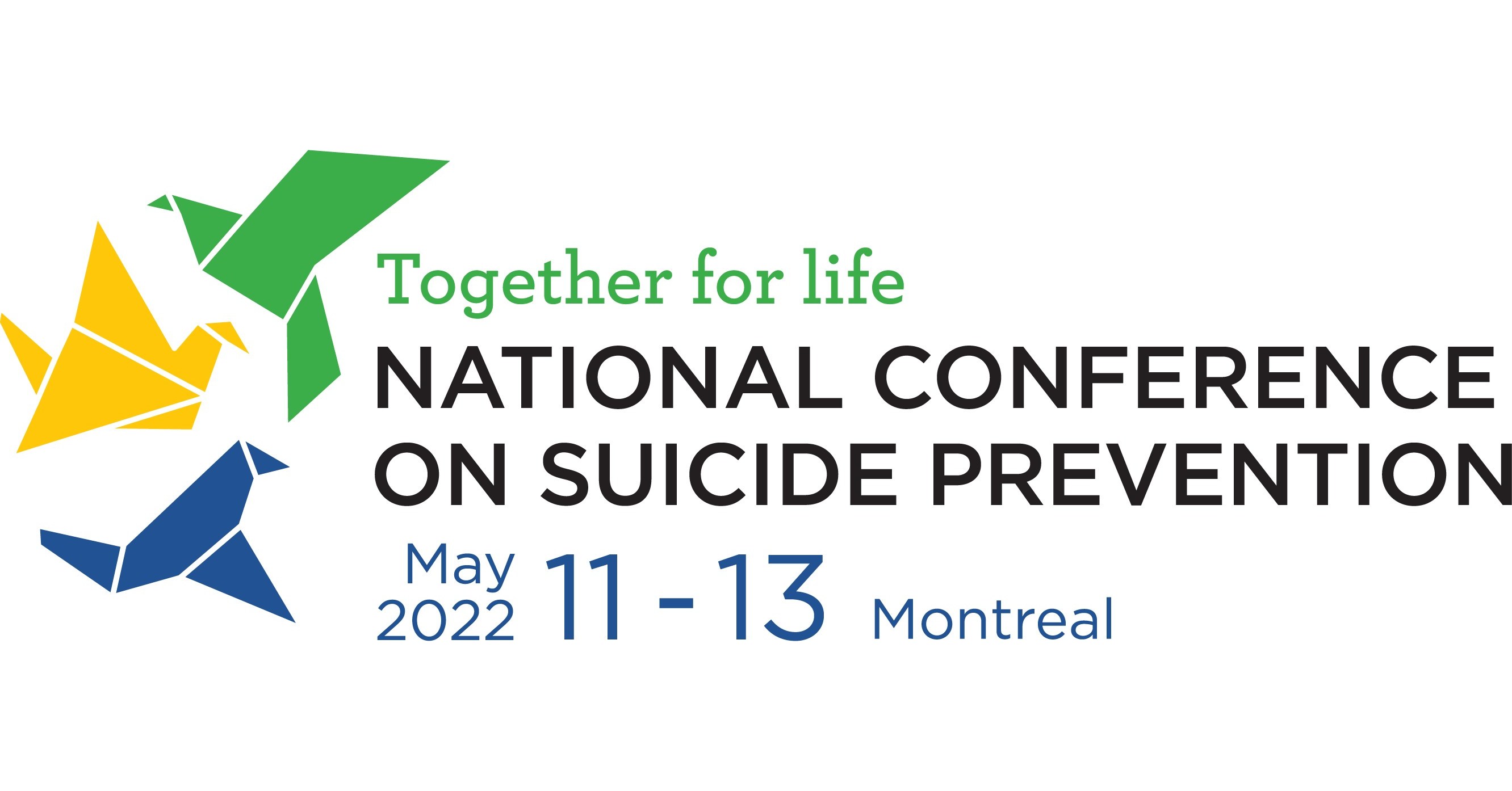 Since May 11-13, 2022nearly 500 clinicians, researchers, project managers, mental health workers, Canadian Armed Forces, first responders and interested citizens — including people affected by suicide from across Canada — will come to the Université du Québec campus in Montreal (UQAM) to attend the 2022 “Together for Life” National Conference on Suicide Prevention”.

“Presentations at the conference will cover all aspects of suicide prevention, but there are four main tracks that stand out: Workforce, Canadian Armed Forces, First Peoples and Digital Perspectives for Suicide Prevention. suicide,” said Jerome Gaudreault, President and CEO of the AQPS. “Notable presenters at the conference include Ghislain PicardRegional Chief, Assembly of First Nations, Quebec/Labrador region, leaders of the Canadian Armed Forces and the Royal Military College of Canadadr. Allison Crawford from Crisis Service Canada and the Center for Addiction and Mental Health, as well as international speakers such as Charles-Edouard Notredame from the University of Lille, France who will talk about the establishment of the National Suicide Prevention Hotline,” notes Gaudreault.

Organized jointly by the Canadian Association for Suicide Prevention (CASP), the Center for Research and Intervention on Suicide, Ethical Issues and End-of-Life Practices (CRISE) at UQAM and the Association québécoise for suicide prevention (AQPS), “Together for life” promises to be a conference not to be missed!

“Combining the CSPA’s 31st Annual National Conference and the Grand Forum organized by the AQPS every two years, this pan-Canadian conference will present the latest knowledge and practices in the broad field of prevention, intervention and of suicide postvention,” says Sean Krausert, CEO of CASP. “This year’s conference partners, CRISE and AQPS, have done a wonderful job of ensuring there is something for everyone,” adds Krausert.

“The ‘Together for Life’ conference will feature more than 100 presentations covering the latest research findings and advances in suicide prevention,” said Dr. Brian Mishara, president of the scientific committee of the symposium, director of CRISE and professor of psychology at the University of Quebec in Montreal. “The pre-conference workshops and the 3-day main conference offer a variety of presentations, keynotes, workshops, panel discussions, paper presentations, TED-style pitch sessions, panel discussions and poster displays, and include presentations on the impact of Covid on suicidal behaviors,” explains Mishara.

The conference is the first Canadian conference on suicide prevention since the start of the pandemic and the conference partners expect it to be worthwhile.

For more details and to consult the congress program: https://www.congrespreventionsuicide-montreal2022.ca/

The Center for Research and Intervention on Suicide, Ethical Issues and End-of-Life Practices (CRISE) is an interdisciplinary research center of the University of Quebec in Montreal (UQAM), bringing together more than 50 researchers, practitioners , doctoral and post-doctoral students from 7 universities and 24 institutions and community organizations in Quebec. CRISE works with its partners on suicide prevention and the reduction of its negative effects while encouraging the development and use of interdisciplinary knowledge on suicide, suicide prevention and end-of-life practices.

The Quebec Association for the Prevention of Suicide (AQPS) brings together organizations and citizens who want to see a significant reduction in the suicide rate by Quebec. Its mission is to mobilize all stakeholders, support the community, equip workers, raise public awareness and influence decision-makers to prevent suicide by Quebec.

The Canadian Association for Suicide Prevention (CASP) is considering a Canada without suicide. Since 1985, CSPA has worked to achieve its mission by advocating, communicating and educating for suicide prevention, intervention, postvention and the promotion of life in Canada.