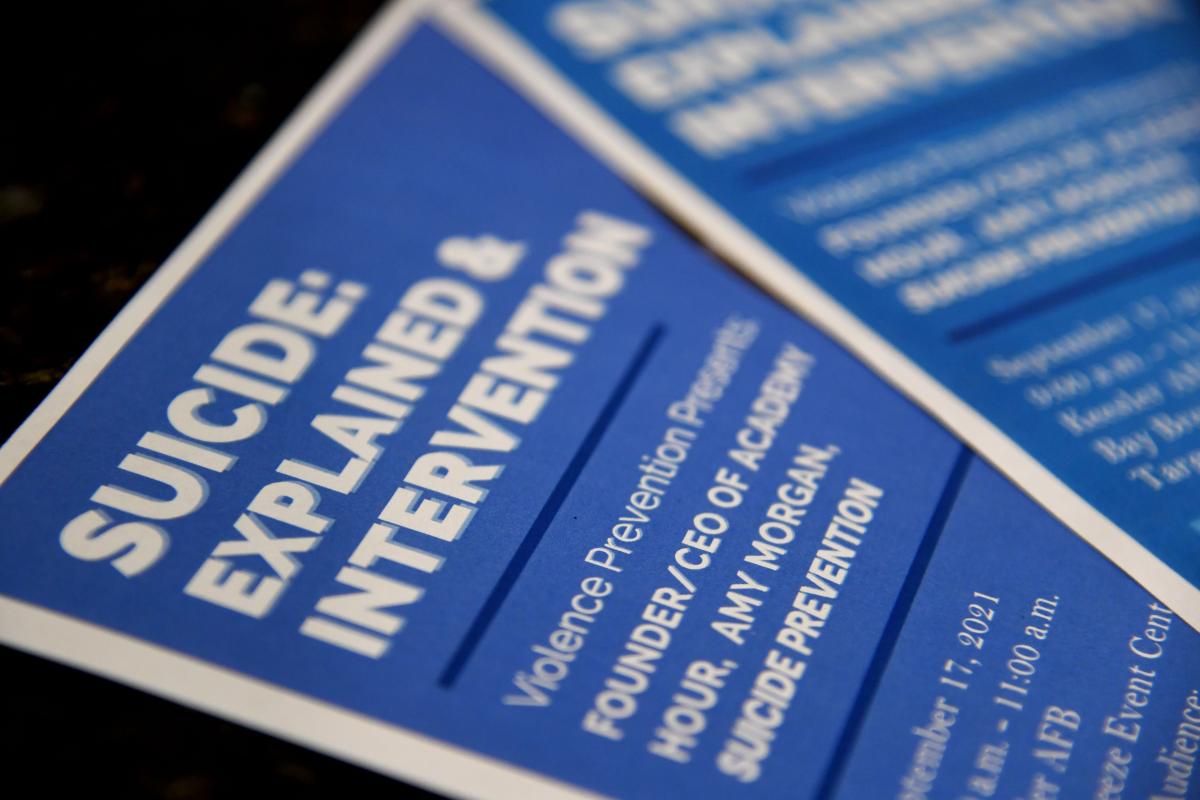 Defense Department officials on Wednesday acknowledged shortcomings in their suicide prevention programs as the number of lives lost through self-harm in the ranks continues to rise.

“Trends are not going in the right direction,” said Karen Orvis, director of the Defense Department’s office of suicide prevention. “Over the past two years, we have seen a slight decline nationwide [in suicides] for our American population, but that does not apply to [the military.]”

Despite many new suicide prevention initiatives from military leaders in recent years, active duty suicides have increased every year from 2015 to 2020, according to Department of Defense data. The total number of deaths by suicide increased by more than 40% during this period.

More than 4,800 military personnel have died from suicide since 2014, a figure that is double the total number of soldiers killed in action during Afghanistan’s 20-year war.

On Wednesday, defense officials faced direct questions from lawmakers about why they haven’t seen improvements and whether the programs are working.

“The military’s suicide prevention effort is failing, and we need to find out why,” said Rep. Jackie Speier, D-Calif. and chair of the military personnel committee of the House Armed Services Committee.

“It’s not just numbers. These are soldiers who were ready to die to defend our country, but who committed suicide.

Richard Mooney, acting deputy assistant secretary of defense for health services, told lawmakers that top leaders are “working through a host of actions that will increase behavioral health care, research that examines [suicide] factors and a large number of other elements” in response to the persistent problem of suicide.

The Department of Defense is also looking to expand its secure storage efforts in an effort to educate more military members about gun safety. Firearms are the most common method of suicide among soldiers and veterans.

But Mooney and Orvis recognized that the causes of suicide are varied and complex, making it difficult to develop comprehensive solutions to the problem.

“We work closely with the military services to leverage our suicide prevention work and guide the department’s efforts,” Orvis said. “We are also taking comprehensive steps to ensure that all individual service level programs are evaluated for their effectiveness.”

But outside advocates said the department could still do more to mitigate the risk to service members.

Beth Zimmer Carter, an Army veteran who lost her son, Chris, to suicide in 2015, said she found broad issues within services around bullying, referral for mental health injuries and a lack of focus on the issue of suicide threats.

“We identified a lack of communication between the mental health and leadership offices,” she said. “Mental health care providers told us they were afraid to talk to leaders about some of these issues. And some said that even if they did [intervene]others might retaliate more against these troops.

Four times as many soldiers and veterans died by suicide than in combat, study finds

Bonnie Carroll, president and founder of the Tragedy Assistance Program For Survivors, said officials need to take a tougher line against this type of behavior if they want to save more lives.

“Those who stigmatize care, harass, bully, isolate or unfairly punish service members interested in their mental health care must be held accountable,” she said. “And leadership must endorse help-seeking behavior as a sign of courage and strength and prioritize mental fitness.”

Defense officials said they are working on those improvements. Lawmakers said they weren’t moving fast enough.

“We need to do more to address suicide in the armed forces,” said Rep. Mike Gallagher, R-Wisc., a senior staff panel member. “We cannot accept a new normal. We must do better.

Service members and veterans in a mental health emergency can contact the Veterans Crisis Line at 1-800-273-8255 and select option 1 for a VA staff member. Veterans, troops or their family members can also text 838255 or visit VeteransCrisisLine.net help.