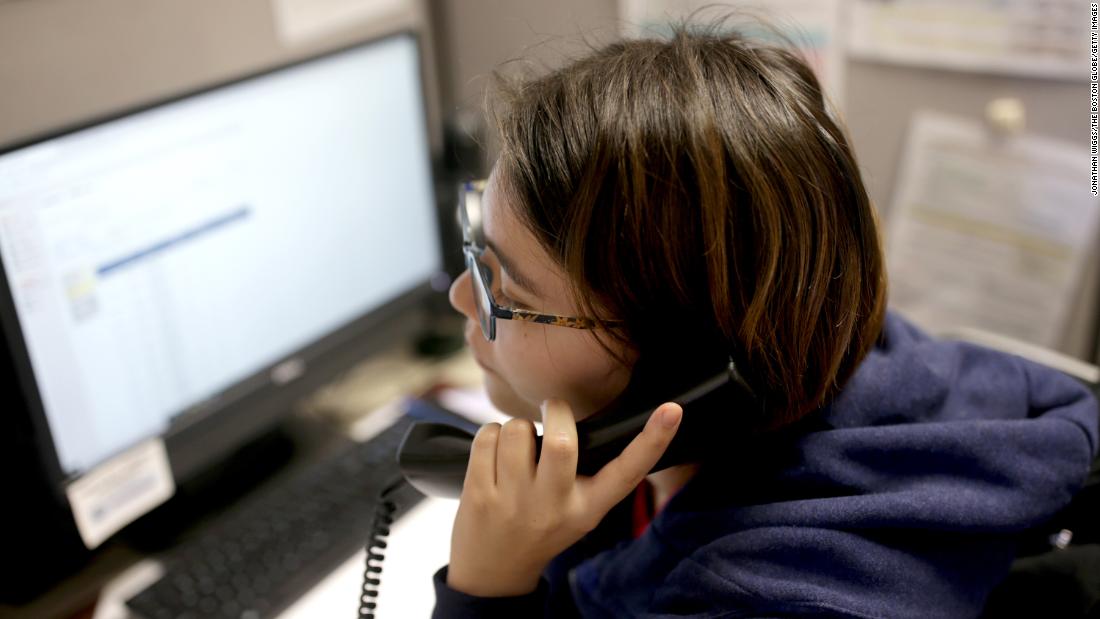 From July 16, people seeking mental health services can call 988 to access counselors and response teams from the 24/7 National Suicide Prevention Lifeline. Calls will be redirected to the current number, 1-800-273-8255, which will remain operational during and after the 988 expansion.

The new number is intended to make it easier for people in crisis to contact someone who can help them, and the federal agency in charge of the hotline expects the number of callers to double from 2020. But with more than 200 call centers currently in existence across the country already stretched thin, mental health groups fear 988 will drain resources and lead to longer wait times and dropped calls. Without additional funding for future service, these groups say, callers won’t get the help they need, and officials acknowledge the hotline is not expected to be fully staffed when it rolls out.

“While this is a watershed moment, although this is an exciting opportunity to transform our current system of crisis care into something that is not a one-size-fits-all model, but takes into account lived experiences and realities of many communities experiencing behavioral or mental health crisis, we are a bit concerned that the implementation is not ready,” said Preston Mitchum, director of advocacy and government affairs for The Trevor Project , a suicide prevention organization for LGBTQ youth.

Bob Gebbia, CEO of the American Foundation for Suicide Prevention, told CNN that a “big concern is that demands could exceed capacity very quickly and these centers will be overwhelmed.”

“When this happens, calls drop, wait times increase, and people who are on the other end of the line and struggling don’t get the connection they need,” Gebbia said.

Bracing for intensive use

The hotline received 3.6 million calls, chats and texts in 2020. After the 988 transition, the Substance Abuse and Mental Health Services Administration, an agency under the Department of Health and Human Services, expects contact volume to double in that first year to 6 million, possibly up to 12 million.

Since the FCC approved 988 in 2020, the federal government and the hotline’s administrator, Vibrant Emotional Health, have been preparing for national implementation of the three-digit number by providing grants to states to supporting call centers and actively trying to recruit more crisis counsellors. (People interested in learning more can visit www.samhsa.gov/find-help/988/jobs.)

The Biden administration provided $282 million for the 988 transition, including funding for states and territories to improve response rates and the ability to meet future demand. A 2021 SAMHSA appropriations report to Congress indicated vital capacity was sufficient to handle approximately 85% of calls, based on internal data analysis from Vibrant as of December 2020, the most recent data available.

Dr. John Palmieri, acting director of 988 and SAMHSA’s Behavioral Health Crisis Coordination Office, acknowledged to CNN that states are currently at varying levels of preparedness, adding, “It will take us some time to build the capacity of the manner that we believe is necessary.” According to the National Alliance on Mental Illness.

SAMHSA and mental health groups have all stressed the need for states to approve the fee, saying it will help keep 988 going beyond this year.

But in the meantime, several states have reported difficulty in upgrading.

One such lifeline member, the Arkansas Crisis Center, has seen a 700% increase in calls over the past two years but worked with the same number of staff, according to its executive director, Rebecca Brubaker.

Alaska’s Careline Crisis Intervention Service said it recently had the opportunity to increase salaries and is now seeing a significant increase in applicants, executive director Susanna Marchuk said. But with the short timeline for the July 16 deployment, replenishing the workforce after departures amid the Covid-19 pandemic presented another challenge.

The Central Wyoming Counseling Center currently has the staff to answer the approximately 500 phone calls it receives per month and recently received a one-time funding injection of $2.1 million from the state legislature to provide services 24 hours a day, 7 days a week, according to Andi Summerville, the executive. director of the Wyoming Association of Mental Health and Substances Abuse Center. But Summerville called the funding a “band-aid” and said after two years it would not have the funding to maintain 24-hour service.

Training requirements for hotline staff members vary from state to state and may require hours of instruction. The Alaska Crisis Center, for example, averages about 50 hours of “class time” coupled with 30 hours of “shadow time,” Marchuk said.

Hannah Wesolowski, head of advocacy for the National Alliance on Mental Illness, told CNN her organization is “really worried” about the surge in demand once people learn about 988 in July and November. Beyond that, given that “call centers are struggling to keep up with demand now.”

“Some states are well equipped to respond, and others will rely heavily on national rescue centers, which means not all callers will get the value of a local response they urgently need,” she said.

A boost to “fill these gaps”

John Draper, executive director of lifeline and executive vice president of national networks at Vibrant, admitted to CNN that the challenge with 988 lies in funding the crisis centers, which he says operate “with little money. For years”.

And he acknowledged that not all centers will have the staff they need by July, calling it a “long-term building process”.

Vibrant’s “most intensive focus right now” is supporting national emergency call centers, so that by July they will be able to “fill the gaps where there are insufficient crisis services to respond locally “Draper said.

But, in Wesolowski’s view, “Ideally, we want those calls to be answered locally.”

“Because it’s only a local call center that can connect a person to resources in their community and dispatch emergency services when needed,” she said.

And without states and communities taking action to build the capacity of local call centers, Wesolowski warned, “we’re really in a tough spot.”

“The crisis system we seek to build is coming together quickly, but there is still a long way to go,” Wesolowski said. “We’re in a better place than just a few months ago, and the system is improving day by day. But it’s going to take a lot of work.”