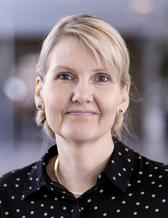 Men working in undemanding professions with little control over their own work situation are at high risk of suicide attempts and suicide. In jobs with high demands and high control, the risk is lower. This is shown by a study from the University of Gothenburg.

Do you have suicidal thoughts? (International Suicide Hotlines, Open Counsel)

Men generally have a harder time seeking help for mental health issues than women, and working-age suicide is significantly more common among men. However, knowledge of how suicidal behavior is affected by psychosocial factors in the workplace is insufficient. The aim of the present registry study was to investigate these associations in working men.

The first author of the study is Associate Professor Maria Åberg of the Sahlgrenska Academy of the University of Gothenburg, a doctor specializing in general medicine in the primary health care organization of the Västra Götaland region.

“It is a terrible family tragedy when a middle-aged person commits suicide. It is also traumatic for colleagues and the entire workplace, and has repercussions for many years,” says Åberg.

The study includes data on 1,483,310 men born between 1950 and 1984 who were drafted for military service in Sweden between 1968 and 2002. The data was combined with occupational statistics and data from the National Patient Registry and the register of causes of death.

Suicidal behaviors were more common among men in ‘passive occupations’, with low demands and low control, according to available occupational classifications. In this group, 7.8 suicide attempts and suicides per 10,000 people occurred each year. Among those in “active” jobs – those with high demands and high control – the corresponding number was 3.0.

After adjusting for adolescent psychological factors, such as parental education, as well as IQ and stress resilience, it became clear that the risk of suicidal behavior was 33% higher among middle-aged men. working in passive occupations than among men in undemanding but elevated jobs. control, which constituted the reference group for the study. Men in the latter (“active”) occupations had a 36% lower risk than the reference group.

People in demanding but poorly controlled work situations also had a high risk of suicide, although this risk was not as high as that of people engaged in passive activities. This high risk was not explained by a history of poor psychiatric health during adolescence. In contrast, men whose resilience to stress had been low in adolescence more often had passive occupations, and men who were highly resistant to stress had active jobs later in life.

A common cause of suicidal behavior (fatal and non-fatal) is depression. Åberg describes suicidal behavior as a complex phenomenon, not always but often involving a process of poor mental health with many contributing factors.

“We can have a vulnerability from childhood which can also be genetic, and can be linked to excessive alcohol consumption, for example. And then our exposure to job demand control could be a tipping point” , says Åberg.

“Leadership engagement in the workplace is essential, as is a sense of participation in deciding how we do our jobs, to build a sense of control over the job.”

The study, published in the Scandinavian Journal of Work, Environment & Health, was carried out with financial support from AFA Insurance (an underwriting agency owned by Swedish labor market players).

Title: Psychosocial stressors at work and risk of suicidal behavior – an observational study in Swedish men

/Public release. This material from the original organization/authors may be ad hoc in nature, edited for clarity, style and length. The views and opinions expressed are those of the author or authors. See in full here.
2022-08-24
Previous Post: September is suicide prevention month
Next Post: Australian government funds landmark male suicide prevention project