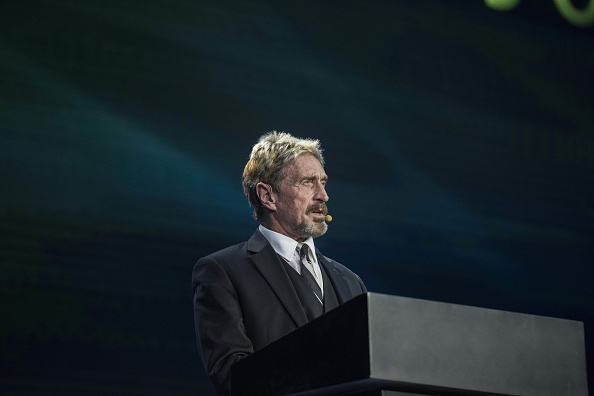 The widow of antivirus software maker John McAfee shares her last words with him before his death last month.

“I’ve been trying to find the words to adequately express my thoughts. I’m still in shock. Truly in disbelief,” Janice McAfee wrote in a statement posted to Twitter on Tuesday. “John should never have spent a day in jail let alone almost nine months. I spoke to him twice on the morning of the 23rd and in our last conversations we talked about the court’s decision to extradite him to United States.”

McAfee was found dead of suicide by hanging in a Spanish jail cell on June 23, hours after his extradition to the United States was authorized by Spain’s National Court.

He was arrested in Spain last October on US tax evasion charges, with federal prosecutors bringing criminal and civil charges alleging he failed to pay income taxes over a four-year period. year.

“John’s ‘suicide’ story was already cooked up and presented to the public even before I or his lawyers were informed of his death. Words cannot describe how furious I am to have heard the news of the death of John via DM on Twitter,” Janice’s statement read. “And now it’s conveniently reported that there was a ‘suicide note’ in his pocket, something that wasn’t mentioned when I picked up John’s things from the jail and some other information that the media somehow got ahead of me and John’s lawyers.”

“The inquest into John’s death is still ongoing but I will share all the information I can, when I can,” the statement continued. “Until then, I do not accept the story of ‘suicide’ propagated by the malignant cancer that is [mainstream media]. They and their anonymous sources are not to be trusted.”

Prior to his death, McAfee had argued at a hearing that the charges against him were politically motivated and that he would spend the rest of his life in prison if returned to the United States.

The British computer programmer first rose to prominence in the 1980s when he founded his tech company of the same name and launched McAfee VirusScan.

He also launched unsuccessful bids for the Libertarian Party’s nomination for President of the United States in 2016 and 2020.

On Tuesday, his widow called him a “fighter”, who would have continued in the ongoing legal battle.

“John was a fighter and he had so many more fights left. He told me to be strong and not to worry, we would continue to fight whatever calls were necessary,” she said in the communicated. “His last words to me were ‘I love you, I’ll call you in the evening’, but sadly that never happened.”

“I appreciate everyone’s condolences and the love you have shown for John. Your love and support means more than you know,” she added.

If you are having suicidal thoughts, confidential help is available free of charge at the National Suicide Prevention Lifeline. To call 1-800-273-8255. The line is available 24 hours a day.

2021-07-06
Previous Post: Dunblane’s mother shares pain over her son’s suicide story in an effort to raise awareness
Next Post: Oral contraceptive use linked to increased risk of suicidal behavior in young women