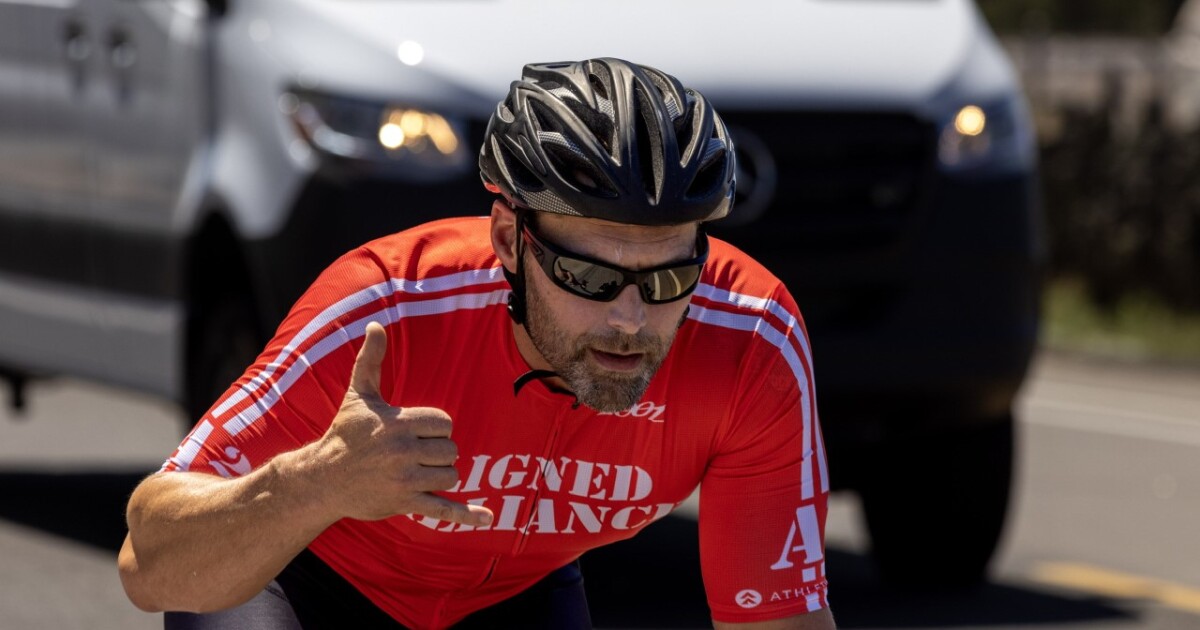 Monty Heath, husband and father of two sons, just completed a cross-country bike ride from Oceanside, Calif., to Annapolis, Maryland, as part of an eight-person relay team. The team’s name is Team Aligned Alliance and they competed in Race Across America starting June 18.

Heath is now back home in Sandbridge and proud to have achieved his goal, but he says there is still a long way to go.

On his fundraising page, Heath wrote, “I had my own suicidal thoughts. Too many friends have left the planet this way. Since I originally wrote this letter of request, we have had two more suicides within the SEAL community alone.

“We can do better, and we will do better,” Heath said.

The former SEAL says there are programs that work, but he wants to see them grow and improve.

Heath says he thrives in high-stress situations, spent 11 years in the military and was deployed to Afghanistan several times as a SEAL.

“Veterans and first responders go through a lot of trauma. You know? It’s a lot of death and destruction and body parts and gross things that never leave your mind,” Heath told News 3.

The Virginia Beach man says he is no longer on active duty and has since turned his passion to helping others. He managed a seasonal ranch and an equestrian sanctuary and also became a Special Olympics ski instructor. He said a young girl named Maria, who has Down syndrome, helped teach him about empathy and inclusivity.

“She definitely helped change me. All my friends were SEALs and super capable, cool guys, but who takes care of the 11-year-old girl with Down syndrome? Who makes sure she passes have a great time and feel included in the activities we all have on this beautiful mountain?” Heath asked.

His team that competed in Race Across America raises money for Guardian Revival, a nonprofit that provides resources to veterans, including a program that connects them with a service dog or companion dog.

For more information or to donate to the effort, click here.