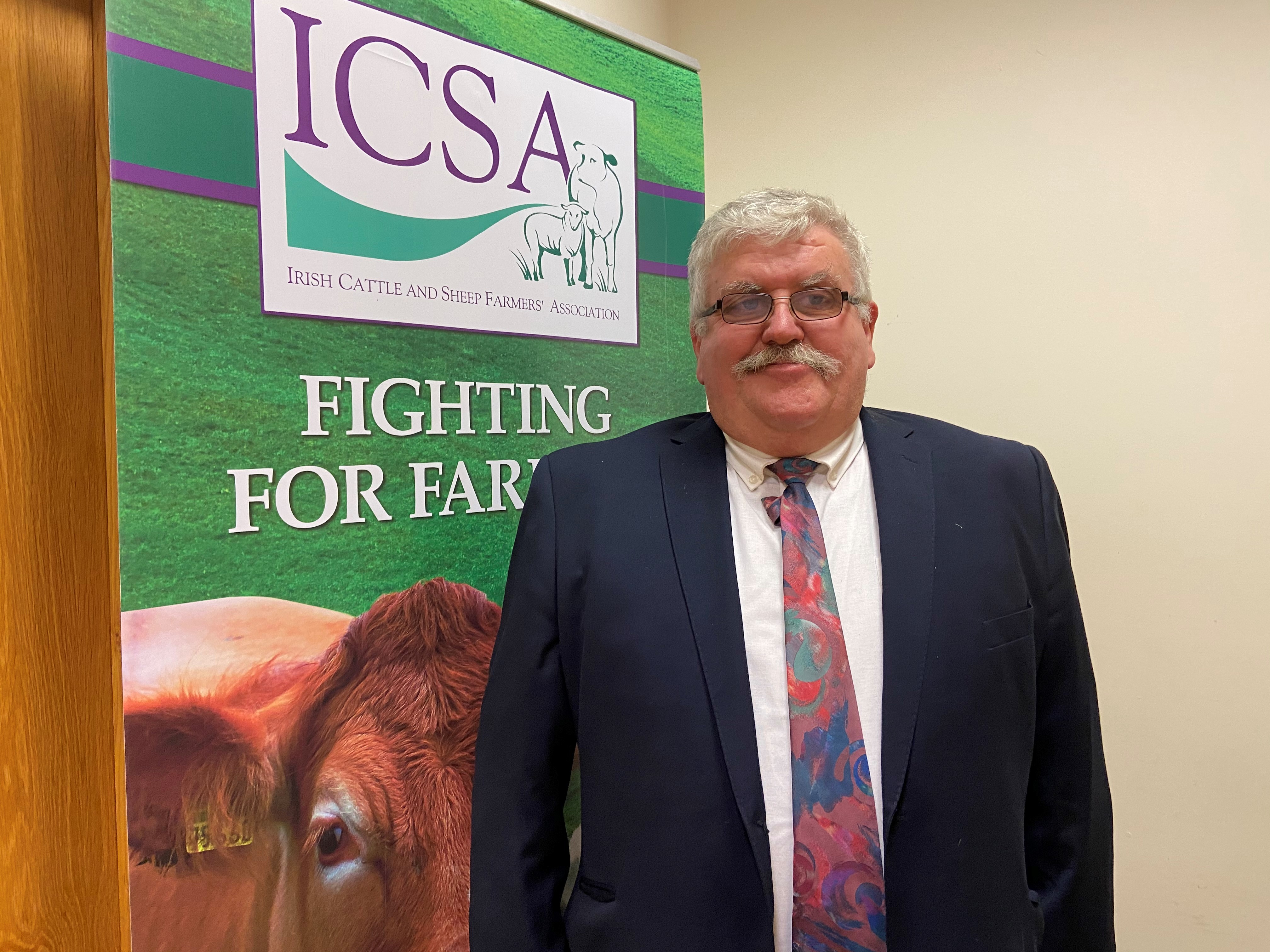 The Irish Cattle and Sheep Farmers’ Association (ICSA) will set up a Farmer Isolation and Suicide Prevention Task Force, according to ICSA President Dermot Kelleher.

Talk to Agriland Regarding an upcoming farmers’ meeting on Wednesday, March 16 at 8:00 p.m., Kelleher said a range of topics will be discussed, including mental health within the farming community.

According to Kelleher, when operational, the group will be able to talk to those who come into contact and connect them with someone who can help them when they feel they can’t cope.

Kelleher said a person will be able to call group or office members and they will be helped to find a qualified person to speak to.

“Sometimes you may think the problem is worse than it is, it’s exploding in your head, but there’s help out there,” he said.

The meeting will take place at the Firgrove Hotel in Mitchelstown and Kelleher says it is open to all farmers.

“It’s not just for ICSA, it’s not our meeting as such, it’s an information meeting open to all farmers and look, we will try to help everyone that we can. It’s as simple as that,” he explained.

Speaking about why the association decided to discuss suicide prevention, Kelleher, who is chairing the meeting, said it came up at their recent Annual General Meeting (AGM) in Portlaoise.

Towards the end of the AGM, a man in the crowd recounted how he had lost a friend to suicide, prompting many others to share similar experiences.

Kelleher said he couldn’t close the meeting because so many people started sharing stories, which scared him and made him realize something had to be done.

“There must have been 25 or 30 people who spoke about how they had been affected by the suicide or how a family member had had a near miss.

“It scared me to think that out of 100 people in a room, more than 30% of them had had suicidal thoughts or knew someone who had committed suicide,” Kelleher said.

According to Kelleher, isolation and loneliness can be a big problem among farmers. On top of that, they often work long hours and may struggle financially. He said:

“The pressure on farmers is unreal. There is also an extreme amount of paperwork.

“It could be the impact of a service request, you make a mistake and your money is withheld and you have bills to pay. It could be marital issues, or it could be something that happens and you can’t take it anymore, and that [suicide] is the end result, because most of the time you have no one to talk to.

Kelleher expects the meeting to be well attended; there will be a number of guest speakers during the evening including ICSA Vice President for Munster Denis O’Callaghan, ICSA General Secretary Eddie Punch and Brian Whelan of Mitchelstown Credit Union , who will discuss finance and loans to farmers under the stump.

Brian Whelan from Mitchelstown in County Cork will speak at the meeting about the credit union’s Cultivate programme, which provides short and medium term loans specific to the needs of farmer members.

A group of credit unions across the country participate in the program. Speaking of Cultivate, Kelleher said:

“But what we find about it that’s fantastic is that you can go and sit down and the man you’re talking to is the man who’s going to say yes or no.

“With this Cultivate, you are dealing with locals, the credit union, they will listen to you. You’re not dealing with a guy in Dublin who has no idea about you other than what’s on your paper,” he concluded.

Kelleher, who attended the first meeting of the National Forage and Food Security Committee (NFFSC) last Friday (March 11), will also provide details of that discussion at Wednesday’s meeting.

There will be discussions about farmers growing crops they may not have experience with, as well as the rising cost of inputs, which Kelleher says is an ongoing issue.

“Farmers will have the opportunity to ask questions and we will do our best to answer them. Our main goal is to help everyone as best we can,” he said.