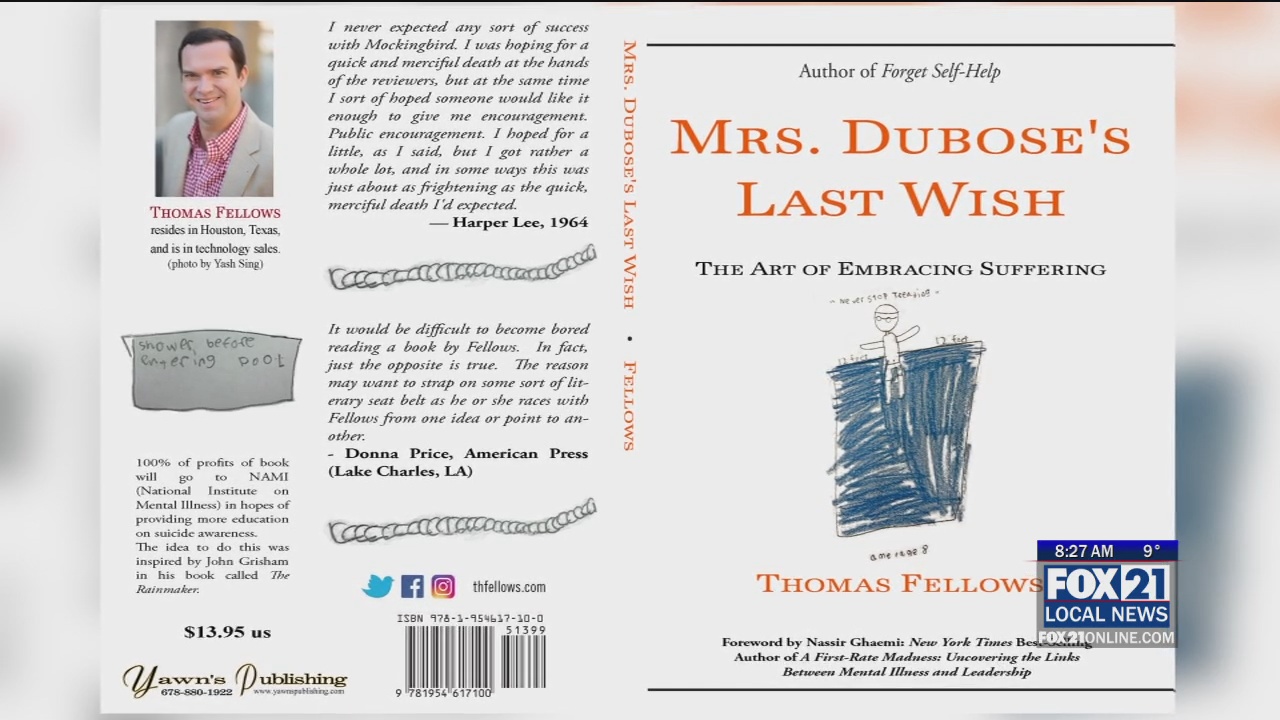 DULUTH, Minn. – As author Thomas Fellows, the main thesis of this book, puts it, “Mrs. Dubose’s Last Wish: The Art of Embracing Sufferingis that while 99% of the world tries to avoid suffering, the most successful people and the people who will be remembered for generations to come, not only Choose suffer but embrace it fully, often asking for more.

100% of all proceeds from the book go to NAMI (National Alliance for Mental Health) for Suicide Awareness in hopes that no one else will ever commit suicide.

The climax of the book is when Fellows, who had previously read in the New York Times bestselling book, Madness of the First Order: Uncovering the Connections Between Mental Illness and Leadership by Nassir Ghaemi, that the more you suffer, the more empathy you have for others.

Because he learned this, in 2016, when he was suicidal, instead of complaining to God about the pain he was going through, he thanked him.

In doing so, he lived the Golden Rule, which can be found in all major religions, including Judaism, Hinduism, Christianity, Islam, and Buddhism.

The book was inspired by writing only 4 times New York Times bestselling author David Brooks wrote about suffering in The road to character and by a little-known character in Kill a mockingbird by Harper Lee named Mrs. Dubose. In the book, Fellows emphasizes her choice to choose to suffer by having Jem, Atticus’ son, read to her so that she is distracted from the pain of going through morphine withdrawal.

Click here to purchase a copy of the book today.