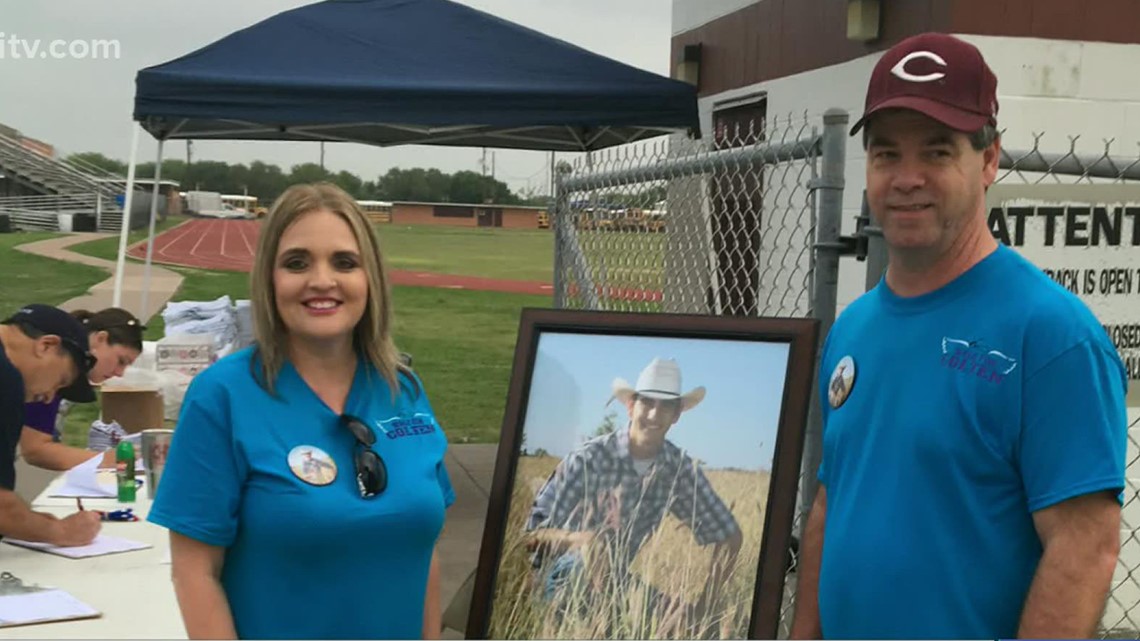 This event is close to the heart of Deputy Fire Chief Randy Paige, whose son Colten committed suicide at the age of 19. The walk was named in his memory.

CORPUS CHRISTI, Texas — A local family who lost their son to suicide continues to do their part to help raise awareness about this often difficult topic to talk about.

Tomorrow morning there will be a Suicide Awareness Walk on the track at Callallen Middle School. Families are invited to attend the free event and join the conversation.

This event is close to the heart of Deputy Fire Chief Randy Paige, whose son Colten committed suicide at the age of 19. The walk was named in his memory.

“Colten was one of those kids who just grew up with a heart of gold. The kid couldn’t meet someone he couldn’t get along with,” Paige said.

He shared photos of his son, Colten, a graduate of Calallen High School: “He wasn’t someone who was afraid to befriend someone different. Sometimes in middle school and high school he was bullied I think it affected him a lot more than we knew With Colten because of his loving heart he didn’t understand how someone could be so rude it was totally the opposite of him.

In 2015, the young man with a big smile and a promising future made the decision to commit suicide at just 19 years old.

“There are warning signs, and when we looked back, there were warning signs. As I’ve told everyone I talk to, you have to listen to your instincts and not your heart. You think something is going on and you ask them, they smile and say everything is fine. That’s what you want to believe. If you feel like something is wrong, ask them about it. Ask them if they are thinking of harming themselves. Don’t be afraid to do it,” Paige insists.

In the wake of the tragedy, the Paige family has made it their mission to help prevent any family from suffering the same heartache, by encouraging others to open the door to this important conversation: “When you say the word suicide, at least back then I was a kid, people didn’t talk about it. It was a terrible thing to say. It’s going to continue to be a terrible tragedy if we don’t talk about it, so that’s the whole point, it’s to get people talking about it. Get kids talking to their parents; parents talking to their kids. Don’t hesitate. Their mental well-being is something something we have to take care of.”

After being unable to host the event for the past two years due to the COVID-19 pandemic, it finally returns Saturday at 9:00 a.m. to Calallen Middle School.

“You mentioned COVID. It’s been two bad years, and it’s affecting the mental health of our kids. In that area, we’ve had two school kids who committed suicide, and one was in seventh grade. Can you imagine We need to do a better job,” Paige said.

At the time of his death, Colten’s focus was to be in law enforcement. He was taking classes at Del Mar College in hopes of one day finding a job with the FBI.

While there is no cost to walk, all money donated will go to the Colten Andrew Paige Memorial Scholarship Fund to help other students pursue their dreams.

The Paige family wants others to know that there are resources to turn to if you or a loved one is having suicidal thoughts or experiencing depression.

Want to send us a news tip?

Include your name and contact information below so we can contact you about your story if we have questions or need more information. We realize that some stories are sensitive in nature. Let us know if you wish to remain anonymous.

If you don’t have a photo/video to submit, just click “OK” to skip this prompt.