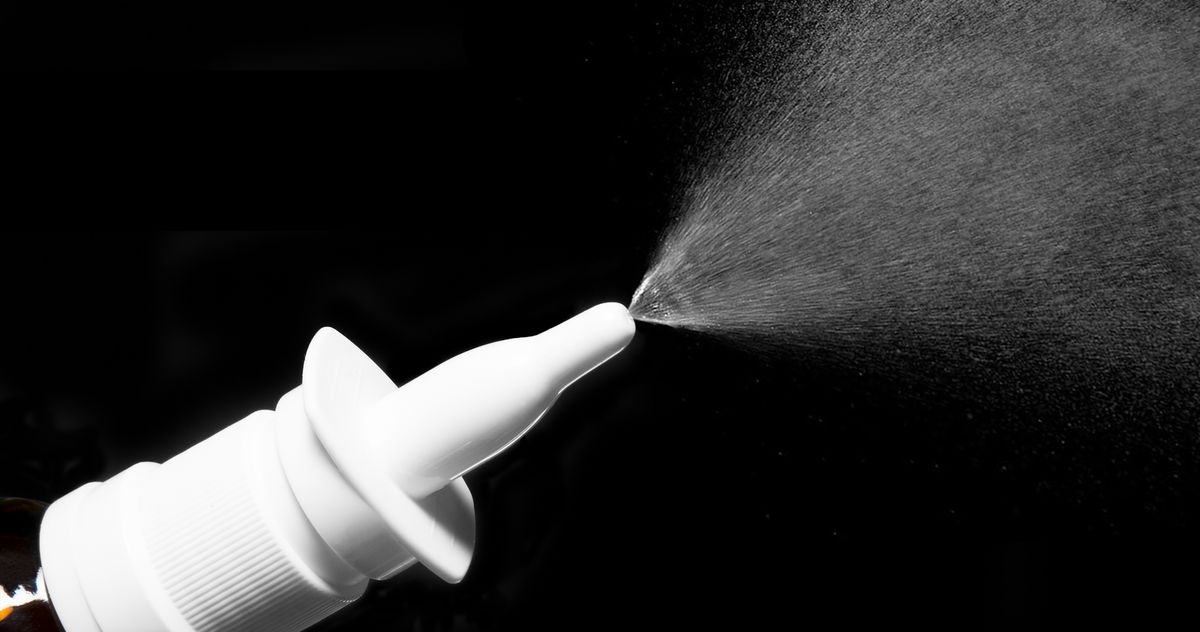 A ketamine-like spray is approved to treat suicidal behavior

For the first time, people with suicidal thoughts or behaviors will have access to a ketamine-type nasal spray that treats depression. On Monday, the Food and Drug Administration approved Spravato, a close chemical cousin of ketamine that was developed by Johnson & Johnson, for those contemplating suicide. (It had been approved in March 2019 for people with depression who took other medications without results.)

It’s an important development since suicidal patients are often excluded from medical trials due to safety concerns – a fact that Gerard Sanacora, director of Yale’s Depression Research Program, called “astonishing” given that suicidal thoughts are linked to major depression. And while ketamine is a somewhat controversial drug, the nasal spray’s approval comes at a time when doctors are concerned about rising suicide rates amid a seemingly endless pandemic.

The COVID-19 outbreak has not been good for mental health. It gave people a lot more stress — job loss, illness, isolation — and took away coping mechanisms like exercise, travel, or spending time with friends and family. Experts say the pandemic has exacerbated mental health issues for those already suffering from anxiety, addiction, depression or PTSD, and they’re especially worried about the 17 million Americans who suffer from major depressive disorder. Although there are no concrete numbers related to the pandemic, suicide rates have increased by 30% between 1999 and 2016, and mental health professionals fear that number will climb.

The hope is that Spravato could be a quick way to help someone in the midst of an urgent depressive episode. Unlike other antidepressants that can take weeks to kick in, the nasal spray reduces symptoms such as sadness, hopelessness and sleep changes within 24 hours, according to a Johnson & Johnson study (although its ability to reduce suicidal thoughts is not statistically different from those given a placebo). The drug, which patients prescribed would take at a certified treatment center, is “potentially life-changing,” Mental Health America program director Theresa Nguyen said in the company’s press release. But not everyone is so enthusiastic.

Since the 1970s, doctors have used ketamine as an anesthetic, but it’s a highly controversial new addition to the world of mental health. When Spravato was approved last year, it became the first new treatment for depression in 30 years, but some medical professionals say it has not been studied enough and that long-term effects, such as than physical dependence, are still unknown.

Others fear that ketamine is being abused by patients, as it is also a party drug that people take to achieve a dissociative effect. state known as “K-hole”. Ketamine also made headlines recently after paramedics injected the drug into Elijah McClain, the 23-year-old who died after police suffocated him. Some doctors believe the injection contributed to his death.

Despite these concerns, medical experts hope that taken in controlled doses under supervision, Spravato could be a lifesaver for people struggling with suicidal thoughts. “People with major depression need more options to meet their most critical needs,” Bill Martin, global head of therapeutic neuroscience at a pharmaceutical company owned by Johnson & Johnson, said in a press release. “We are proud to help redefine the way we treat ongoing and acutely worsening depressive symptoms.”

By submitting your email, you agree to our Terms of Use and Privacy Notice and consent to receive email correspondence from us.