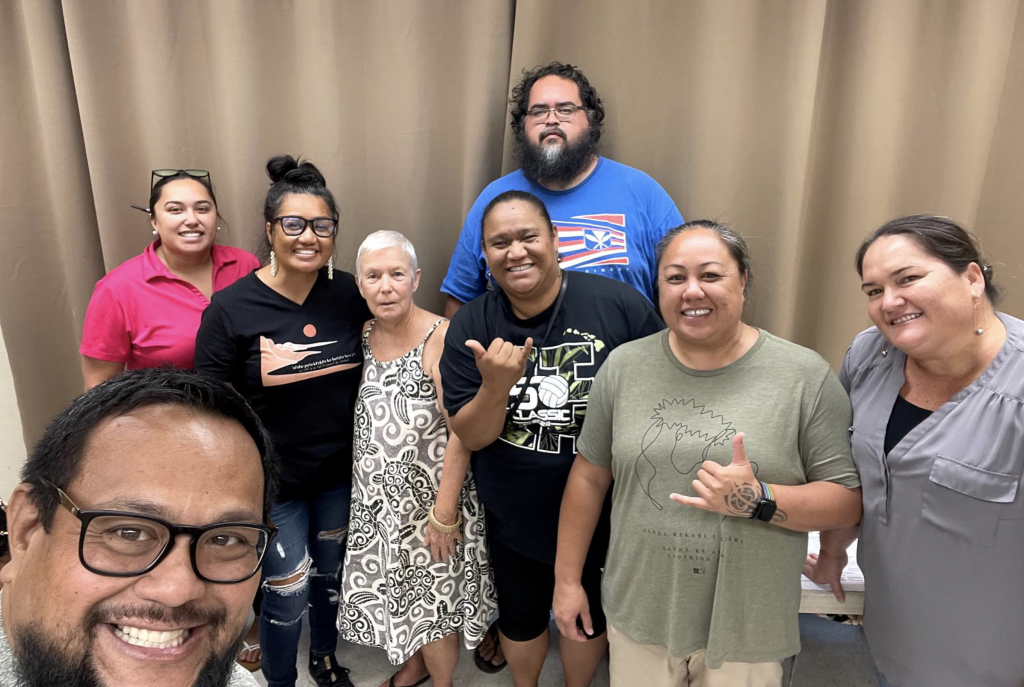 The four sessions held over the two days at the MOE’s Kaunakakai office covered recognizing the warning signs of suicide, how to provide support to those contemplating suicide and connecting them to services. The content was modeled after suicide prevention sessions held at Moloka’i High and Intermediate in April.

The training sessions followed a public meeting on suicide prevention held on July 27th. Some at City Hall were interested in the curriculum being taught in the schools.

The next step is the creation of a Prevent Suicide Coalition on Moloka’i in September, National Suicide Prevention Month.

Resources available to those considering suicide include:

According to a Suicide Prevention Month proclamation signed by Governor David Ige for the month of September 2022, there were 979 documented suicide deaths among state residents between 2017 and 2021.

In Hawaii, more than 80% of people who die by suicide have a mental health condition that can be diagnosed and treated, and only 34% of those victims were receiving treatment at the time of their death.

The proclamation notes that the stigma associated with mental illness and suicidal behavior can be eliminated through public awareness and education. The Prevent Suicide Hawaiʻi Task Force includes a partnership of government agencies, businesses, nonprofit organizations, community groups, and individuals working collaboratively to develop strategies, coordinate activities, and monitor the progress of community suicide prevention efforts.